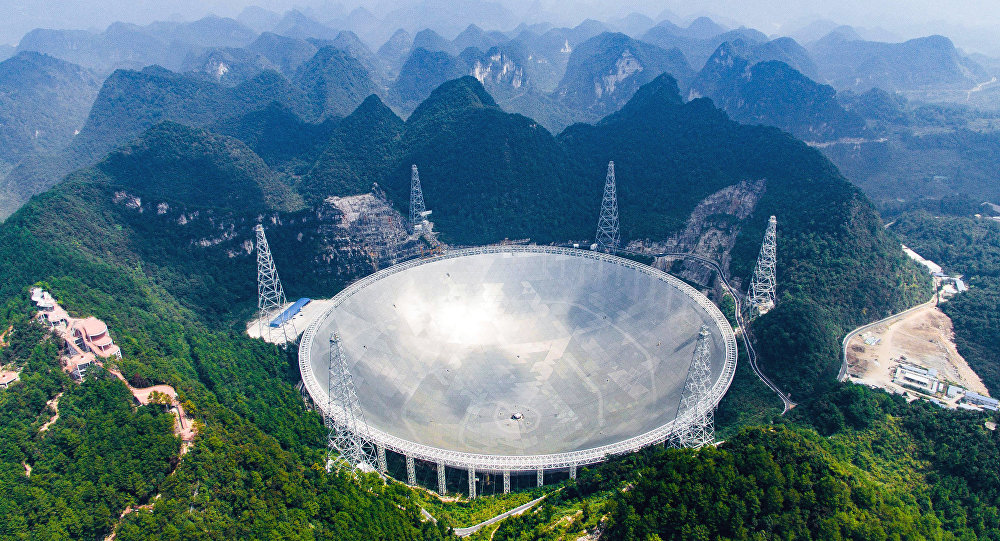 With an annual salary of 100,000 yuan ($14,380), recruiting resident researchers who will be based in the relatively remote FAST site in Pingtang county, Southwest China's Guizhou Province is far from ideal, according to the project's general office director Zhang Shuxin, Science and Technology Daily reported on Monday.

The salary is still higher than Pingtang county's average annual salary of 66,279 yuan in 2016, and the national average salary for science researchers of 96,638 yuan, according to data provided by a Beijing Times article on Monday.

The recent round of recruitment offered 24 research posts for data processing, data center management and communications maintenance, the report said.

"Few would show up, and we could get only half of that number in previous recruitment rounds," Zhang told the newspaper.

© CC0
CSIRO Telescope Helps Astronomers Detect 20 New Mysterious Fast Radio Bursts
Aside from poor publicity for such recruitment, Zhang also cited the bad recruitment results to the working conditions as many would find the site isolated, the environment harsh, and the job itself less challenging than the FAST at its construction and commissioning stages.

Once the telescope starts operating, resident researchers will be required to work three shifts to achieve a 24-hour monitor.

Science and Technology Daily reported that to avoid disturbing the radio telescope's normal operations, researchers are also not allowed to carry their mobile phones or digital cameras. Wifi is also off-limits.

Zhang explained that researchers can communicate through landlines and use on-site desktop computers.

The FAST project is scheduled to undergo a national assessment against six criteria, including its technological performance, facility, and work conditions before it is officially opened to the public, and its data will be shared by scientists all over the country.