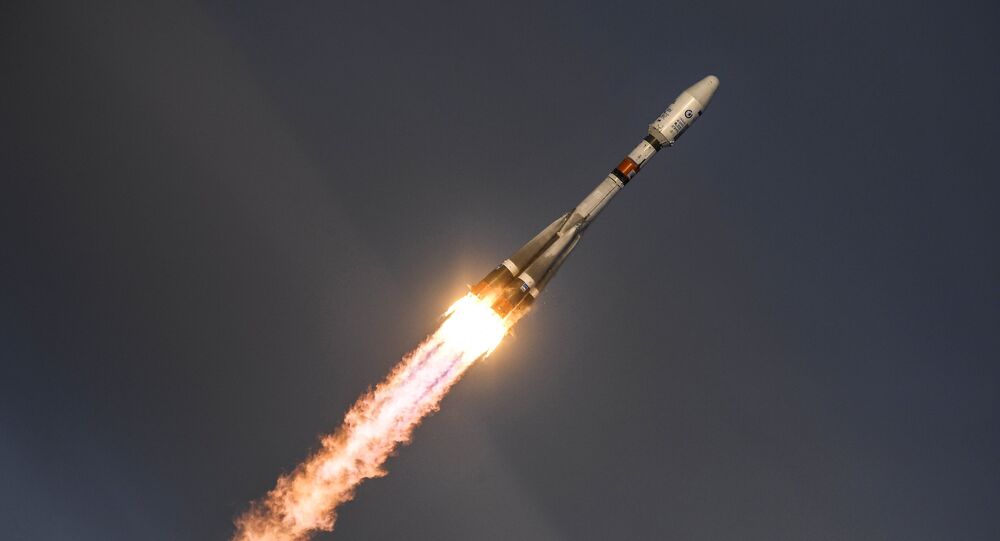 Russia's state space corporation Roscosmos, along with NASA, may revise the logic of experiments conducted on the International Space Station (ISS) so that their results could be used during exploration of the Moon, Roscosmos chief Dmitry Rogozin said in an exclusive interview with Sputnik.

“My American colleague Jim Bridenstine and I have agreed that we will go over all the experiments on the ISS together, and will reassign them to the same logic — the logic of human autonomy from constant support from Earth. In essence, to provide the supply of air, water and food, as well as to facilitate repairs of station's components with the use of additive technologies," Rogozin said.

Russian scientists and Roscosmos experts are expected to submit a draft of Russia's new lunar exploration strategy within two weeks, Roscosmos chief Dmitry Rogozin said in his interview with Sputnik.

"We are waiting for proposals from the Academy of Sciences and the Scientific and Technical Council of Rocosmos in the near future. In the next two weeks, they should come to us and present their vision of work on the Moon," Rogozin said.

© Sputnik / Sergey Mamontov
Soyuz Crash Caused by Failure of Stage Separation Detector - Roscosmos
He added that Russia is facing a much larger task than the United States in the 1970s, as it is planning not only to land on the Earth's natural satellite but also to build a full-fledged permanent base there.

Rogozin also noted that the Soyuz-5 carrier rocket will have 2 variants — manned and simplified, with the latter for commercial launches.

"Work on the Soyuz-5 rocket will be conducted in two directions. On the one hand, the corporation Energia will develop a rocket for a new piloted spacecraft, while the second version of this rocket, which is more commercial and lighter, will be developed by S7. They will make a rocket based on solutions under the Soyuz-5 project… it will be cheaper. It will also be fit for launches from the Sea Launch platform," Rogozin said.

State Space Corporation Roscosmos will be busy the next year and a half restructuring the Russian space industry in order to make spacecraft production more streamlined, cheaper and safer with the goal to win back the launch services market, Roscosmos chief Dmitry Rogozin said in an exclusive interview with Sputnik.

"Next year and a half we will have intensive work to restructure the entire industry… The specific nature of the industry is that it used to focus on design projects, and not on the mass production of equipment. When you mass-produce, it’s a profitable economy that uses recurring technical and technological solutions, it’s easier. Accordingly, you ensure quality and reliability," Rogozin said.

It will help to win back the launch services market, which the company has lost to a large extent, according to the Roscosmos chief.

"We have pushed for this reform as it will have a cardinal significance for preventing emergency situations such as launch failures and equipment malfunctions," he stressed.

The future Angara-A5M heavy class carrier rocket, which will appear as a result of the Angara-A5 modernization, will be capable of bringing 27 metric tons of payload to low-Earth orbit, Roscosmos chief Dmitry Rogozin said in an exclusive interview with Sputnik.

Earlier reports indicated that the Angara-A5M was needed to bring the carrying capacity of the Angara-A5 rocket to the characteristics stipulated in the technical specifications. Under the design concept, the rocket should have been able to orbit almost 25 tonnes, while the current Angara-A5 prototype can lift only about 23 tonnes.

In October, an accident occurred just minutes after the launch of a Soyuz-FG launch vehicle carrying the Soyuz MS-10 spacecraft with two new members of the ISS crew on board. An emergency escape capsule allowed the crew to return to Earth safely.

Astronauts Confident of Next Crewed Soyuz Mission to Space Station