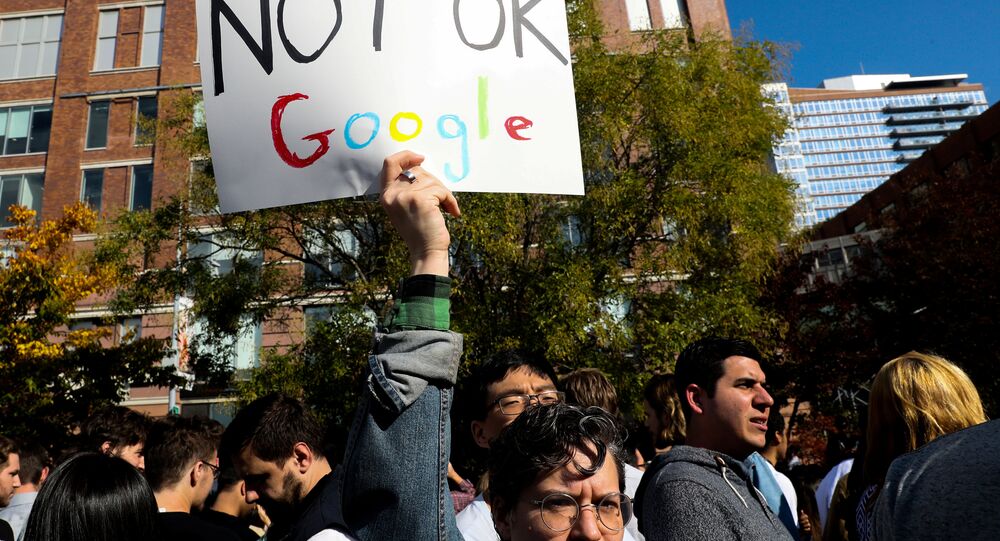 Thousands of Google staff members protested against the company’s executive management for how it deals with sexual harassment following recent reports that dozens of employees, some of them senior staff, had been let go for assaulting or harassing their colleagues.

Google employees at the company's offices in Mountain View, New York, Dublin, Zurich, Singapore, London, Chicago, Tokyo and Berlin were among those taking part in the walk out demonstration.

​Last week, the New York Times reported that Andy Rubin received a $90 million severance package to leave the company in 2014. Rubin, the creator of Android, was accused of forcing a fellow Google employee to perform oral sex on him in a hotel room. The New York Times report details a company history marred by harassment, discrimination and company support for the abusers.

​According to @GoogleWalkout, a Twitter account documenting the movement, the employees demanded Google end forced arbitration in cases of harassment, commit to equal pay, disclose instances of sexual harassment in a transparency report, build a system for people to report claims anonymously and place someone on the company's board who represents employees' interests.

Hello from Google in London. A groups just came out for the #googlewalkout pic.twitter.com/nTeZ9rSAKC

​Sundar Pichai, CEO of Google's parent company Alphabet, recently wrote in an email to Google employees that 48 employees at Google had been fired from their posts for sexual misconduct since 2016, including 13 "senior managers and above," Sputnik News reported.

#GoogleWalkout happening now in Montreal. @googlewalkout — None of the employees are willing to talk on camera. pic.twitter.com/YBTQ9RCLeQ