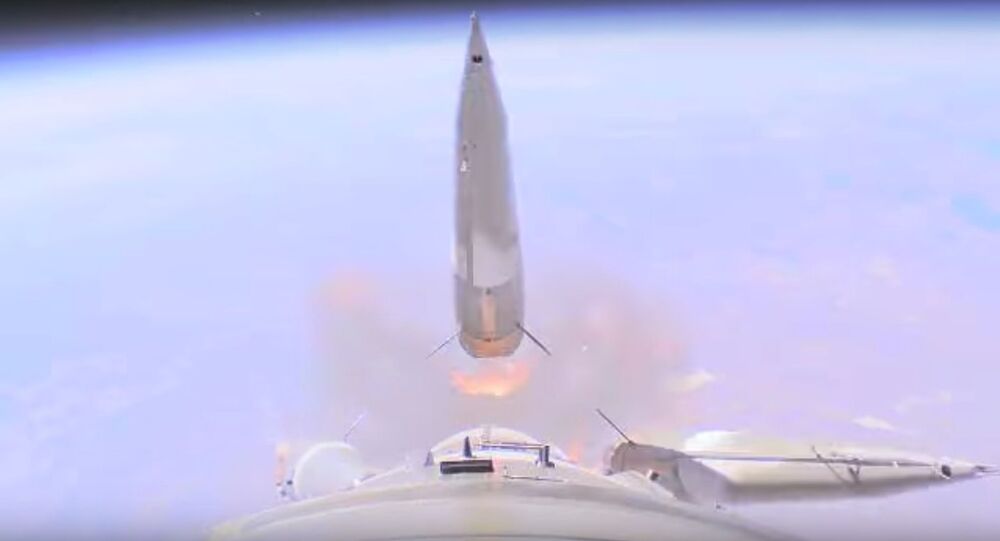 A commission assigned to investigate the October 11 failed launch of a manned mission to the International Space Station with a Russian cosmonaut and an American astronaut onboard has released its findings, revealing that a faulty sensor which had been damaged during assembly was to blame.

Roscosmos has published dramatic video footage from onboard the Soyuz-FG launch vehicle which spun out of control after the abnormal separation of one of its boosters, which led to a puncturing of the fuel tank in the rocket's central block, depressurization and the loss of stability.

On Thursday, the emergency commission established to investigate the incident found the culprit: a deformed sensor which prevented the opening of an exhaust nozzle cover on the secondary booster's oxidizer tank. It was revealed that the sensor was damaged during the rocket's assembly at the Baikonur Cosmodrome in Kazakhstan. In addition to overhaul of two additional rockets set for future launch, the Russian space industry has introduced new control measures, including additional photo and video documentation and other forms of monitoring during rocket assembly in response to the incident.

Russian cosmonaut and mission commander Alexei Ovchinin and US astronaut and flight engineer Nick Hague ejected in an emergency capsule about 50 km over the earth's atmosphere on October 11 after the Soyuz rocket carrying them into space suffered failure due to a malfunctioning booster. They made an emergency landing in Kazakhstan, safe and sound.