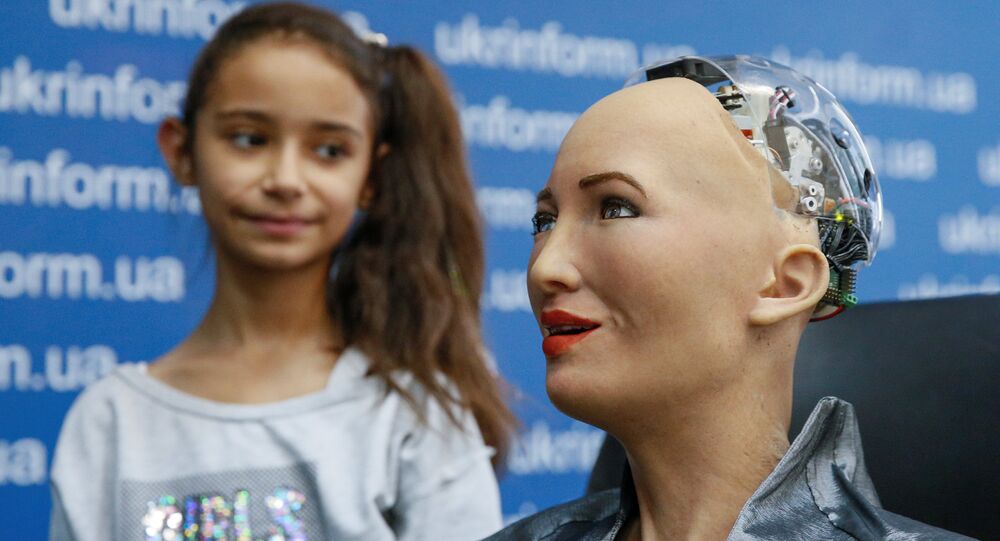 After becoming the first machine to receive a travel visa, an AI cyborg called 'Sophia' was dressed up and presented to a state leader as part of a world tour promoting robotics and high tech.

© CC0
Artificial Intelligence Takes a Leading Role in Battle Against Online Pornography
A creation of Hong Kong's Hanson Robotics, the robot and it's handlers made a quick stop in the Caucasus recently to meet with Azerbaijani President Ilham Aliyev while the latter was promoting the use of new high tech tools to deliver social services in the Eurasian nation.

"Electronics — hardware and software — are at the heart of what makes [Sophia] tick, and we at ASAN deliver our services electronically," he added.

ASAN — a blanket branch of the Azerbaijani government responsible for civil records, taxes, immigration, licensing and customs affairs, among other services — saw in Sophia's visit an opportunity to tout high tech solutions including artificial intelligence and robotics.

The branch quickly organized an unprecedented robot visa for the humanoid cyborg and an audience with the nation's leader.

"It's unusual for a government agency to take the lead in delivering electronic services," noted engineer Travis Scott of the Good Technology Collective, a Berlin-based think tank seeking to smooth the way for AI to be a force for good among humanity.

"Most electronics and cyber trailblazers are in the private sector, not the government," he added, cited by Forbes.com.

© AFP 2020 / STR
'We Are Not Sin City'! Houston Officials Pull the Plug on Sex Robot Brothel

As an added attraction to the android's visit to the Eurasian nation, Sophia — using it's onboard digital accompaniment — was able to access, apply for and receive the first-ever robot entry visa upon its arrival at Baku International Airport.

The Azerbaijani president, Ilham Aliyev, briefly chatted with the robot during a ceremony in which he opened a new government branch of Baku's ASAN.

As handlers and other officials looked on, the robot — which uses an onboard camera to respond to visual cues — delivered spoken messages to the leader and responded to his comments, according to reports.

For the press event, the cyborg, modeled with features resembling a human female, was clothed in a simple jacket and skirt and spoke in the halting tones currently in use by AI.

"Your visit here [at the Baku government ASAN facility] underscores the special attention you are giving to e-governance and the innovation ecosystem," the Sophia cyborg stated.

Shades of the Future? Russia Tests Out AI-Controlled Combine Harvester