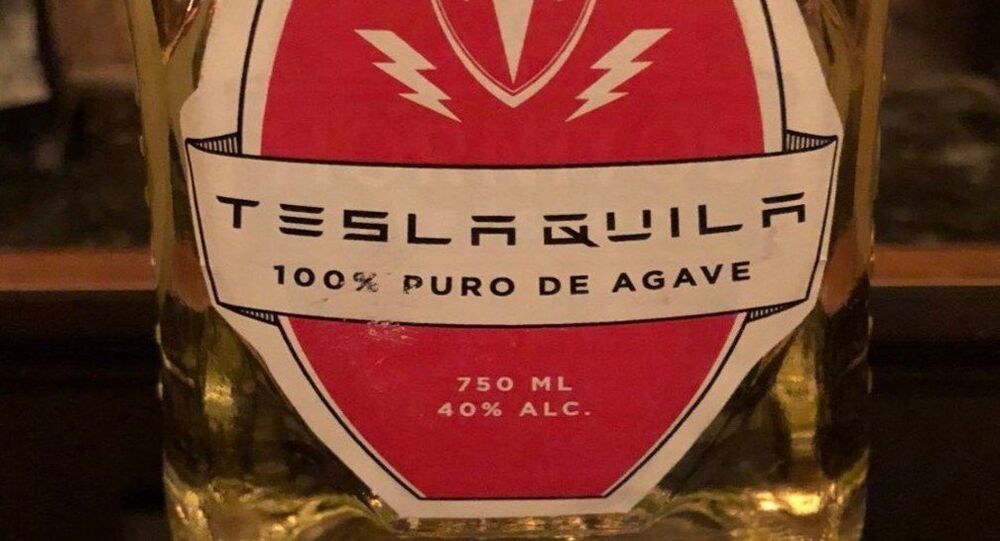 It began as an April Fool’s Day joke but soon took on a life of its own.

Tesla Motors has submitted a trademark application in the US for its own brand of the popular alcohol, termed, amusingly: ‘Teslaquila.'

Filed on October 8 as "based on intent to use," indicating that Tesla does not yet have a product ready for market, the Teslaquila brand trademark — described in the application as a distilled agave liquor — will only be granted by the US Patent and Trademark Office (USPTO) if and when the electric automobile maker ramps up production of the tequila.

According to reports, Tesla investors were less than pleased when, on April 1 of this year, company co-founder Musk tweeted a satirical image of himself apparently drunk and lying on the side of one of his company's cars while displaying a cardboard cutout with a Tesla logo and the word ‘bankwupt!' scrawled across.

The mercurial American entrepreneur saw Tesla shares drop the next day, closing down some 5 percent.

Musk, currently Tesla's CEO, tweeted on Friday that a new branded tequila was in the works and has posted a placeholder label mockup for a Teslaquila bottle.