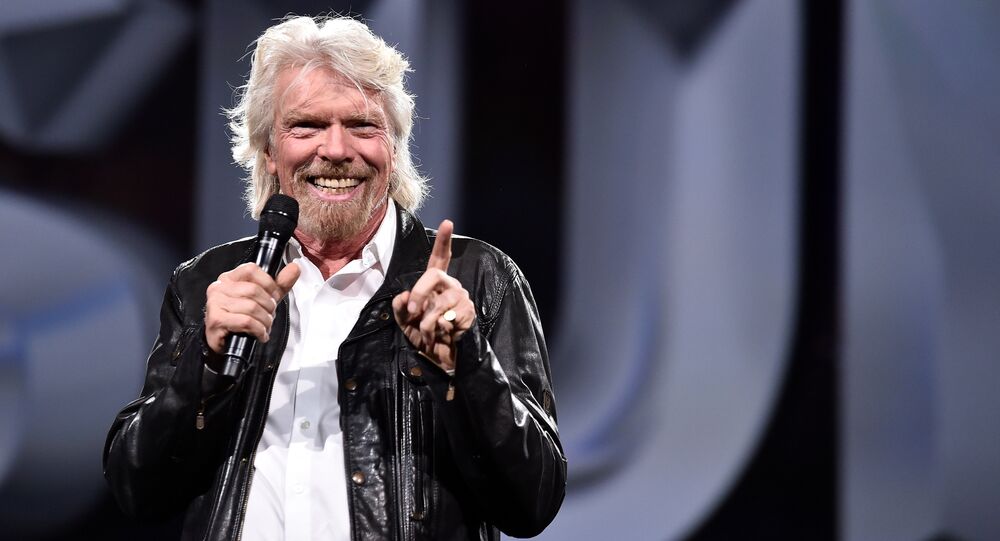 The British billionaire entrepreneur has been investing in the space industry since 2004 and intends to popularize and bring down the price of space tourism in the coming decades. He was planning to go into space himself by April this year, but his space trip was postponed.

Richard Branson, the founder and chairman of the space tourism company Virgin Galactic, has announced in an interview with CNBC that the company's SpaceShipTwo is planned to launch into space "within weeks, not months." He also added that his own trip to space, initially planned to take place earlier this year, would come "in months and not years."

"We will be in space with people not too long after [SpaceShipTwo's launch] so we have got a very, very exciting couple of months ahead," he said.

In an interview in May this year, Branson said that his suborbital spaceplane SpaceShipTwo (SS2) had reached halfway to space and was only a couple of launches away from actually reaching space. The SS2 is an air-launched suborbital plane which Branson plans to use for space tourism. Currently, the ticket price stands at around $250,000, but Branson plans to reduce it drastically over the coming decades. He has previously expressed confidence that demand will be abundant for space travel services, claiming that 8out of 10 people would like to travel to space if they could afford it.

Branson founded Virgin Galactic in 2004 and has been investing in it ever since with the aim of creating a spacecraft capable of suborbital and space flights for the purposes of scientific studies and space tourism. Its maiden flight was initially planned for 2009, but the launch was postponed and Branson raised the issue again in October 2017, claiming that he would travel to space within six months.

The British entrepreneur also admitted in an interview earlier this year that he is in a tight race with Jeff Bezos' Blue Origin, which is also working to enter the space tourism industry. Bezos said in an interview with Business Insider this year that he is allocating $1 billion of his Amazon stocks annually to fund the space company. On April 29, 2018 Blue Origin's spacecraft New Shepard 3 conducted its first commercial launch with cargo, but has yet to undertake any launches carrying human passengers.