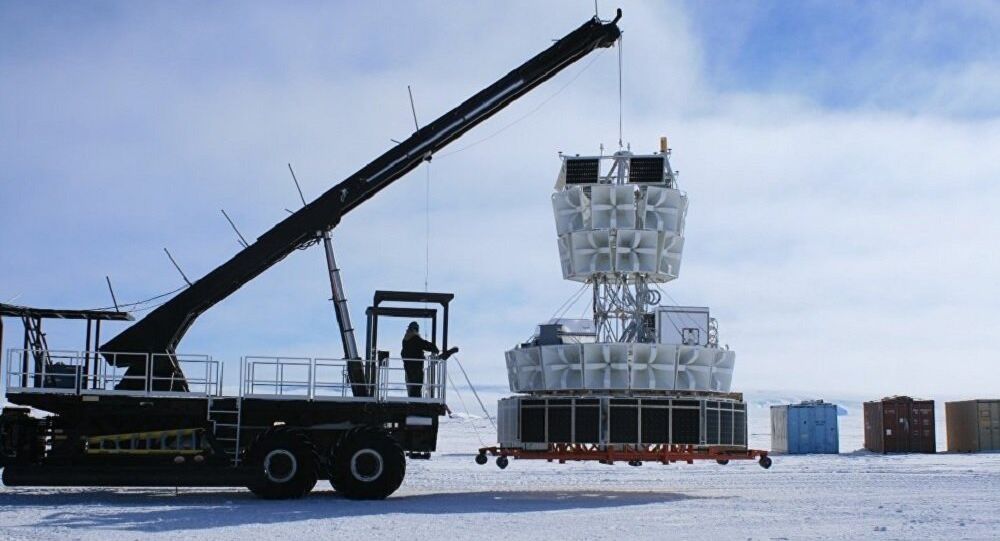 Researchers believe that the particle they possibly encountered is one that physicists have been seeking since the launch of the Large Hadron Collider.

A team of American scientists studying mysterious cosmic rays shooting upwards from the ground in Antarctica, first encountered by the Antarctic Impulsive Transient Antenna (ANITA) experiment in 2006, believe that they encountered a particle outside of the scope of the standard model of physics, Motherboard reports.

According to the media outlet, the first ANITA mission detected two "upward-pointing cosmic ray-like events," while the two subsequent ANITA missions, conducted in 2009 and 2014 respectively, detected yet another.

© Sputnik / Alexei Nikolskyi
Scientist: South Pole 'Least Understood Sector of the Whole Antarctic Continent'
And while some physicists debate whether this phenomenon was caused by "the decay of dark matter that exists in the Earth’s interior" or "explained with sterile neutrinos," a group of researchers from Pennsylvania State University led by associate professor Derek B. Fox now claims that these rays may be the first evidence "of a particle beyond the Standard Model of physics, the most accurate description of the universe humans have ever known."

As Fox explained, the particle that his team possibly stumbled upon has been sought by physicists “since they first turned on the Large Hadron Collider.”

"They’ve been looking for it, but they just haven’t seen it. What makes this so exciting is that it potentially forges a direct connection between cosmic rays and the LHC," he remarked.

What Do Researchers Hunt for in Antarctic Neutrinos?