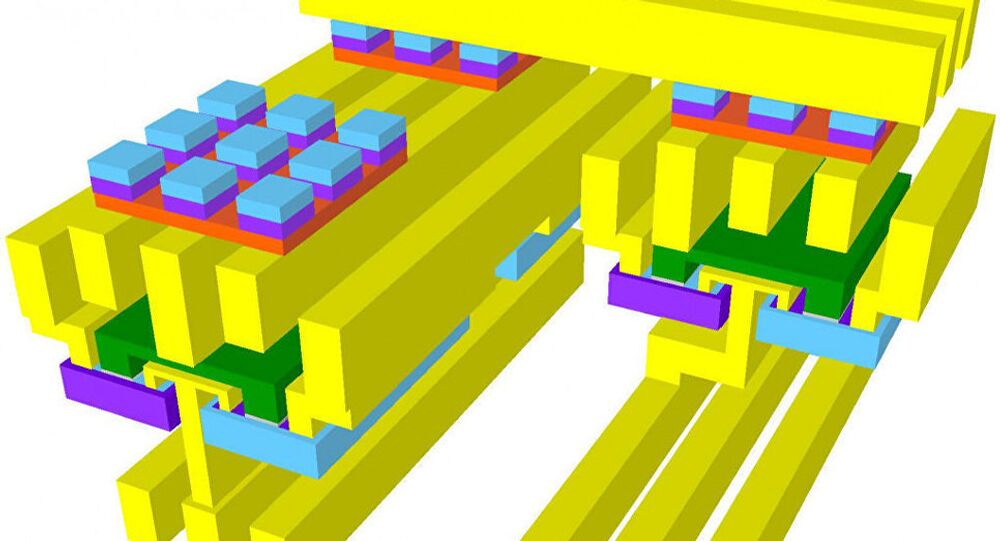 A research team from Tyumen State University designed a biomorphic neuroprocessor capable of imitating various neural processes as complex as those handled by the cortical column in the human brain, the university press service told RIA Novosti.

A neuroprocessor is a class of microprocessors designed to accelerate algorithms related to artificial neural networks, computer vision, machine learning and other artificial intelligence methods.

Tyumen State University researchers defined a biomorphic neuroprocessor as an autonomous hardware unit capable of performing neural network tasks. It will be based on the Hodgkin-Huxley biomorphic electrical neuron model.

A neuroprocessor of this kind needs input and output devices in order to process signals, as well as a storage matrix, a neuron block and a router based on a logical matrix.

"We presented electrical schemes, a topology, a nanotechnology for making the neuroprocessor, and how its main nodes, the super-large 3D storage and logical matrices, will work," Sergei Udovichenko, professor at the Department of Applied and Technical Physics at Tyumen State University, told RIA Novosti.

According to the researcher, a storage matrix is a 3D structure formed by identical combined memristor-diode crossbars placed in a mirror pattern. Apart from storing information, it also handles some of the processing for the neural network by adding up input signals.

Salvation or Deadly Poison for the Elderly? Scientists Get Divided on Aspirin