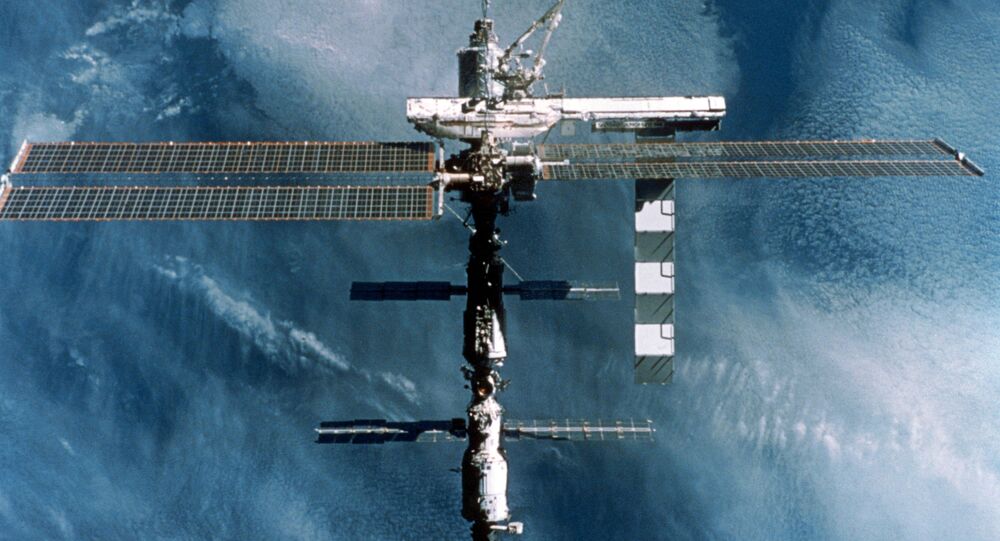 MOSCOW (Sputnik) - The commission of Russia’s rocket and space corporation Energia, which investigated the emergence of a hole in the fabric of the Soyuz MS-09 spacecraft, attached to the conclusions the space vehicle's photographs at the assembly stage, a source in the rocket and space industry told Sputnik on Sunday.

"The last photographs of the fabric of the Soyuz MS-09 spacecraft have been done in shop 45 of the experimental machine-building plant of the Energia rocket and space corporation… The photographs show no holes in the fabric [of the spacecraft]," the source said.

© AFP 2021 / JIJI PRESS
JAXA Postpones Launch of Cargo Vehicle to ISS Without Explanations - NASA
"Thus, leaving aside the version of the spacecraft's drilling in space, the hole emerged during 180 days between its transportation from the shop in the Energia rocket and space corporation and the orbital launch," the source indicated.

On Wednesday, Dmitry Rogozin, the Roscosmos chief, held phone talks with NASA Administrator Jim Bridenstine. They discussed the issue and agreed on interaction at the level of technical experts and, as Roscosmos noted, "agreed to refrain from any preliminary conclusions and from providing any explanation before the final completion of the investigation."

© NASA
ISS Leak Repaired: Internal Cabin Pressure Stabilized - NASA
The air leak on the ISS was found almost two weeks ago, prior to which the ISS crew discovered a microfracture in one of the walls of the living section of the Soyuz MS-09 spacecraft. It was not located in the landing section, so it did not risk the spacecraft's return flight.

Two sources told Sputnik later that a manufacturing defect — a hole drilled into the internal body of the spacecraft while it was still on Earth — was apparently became the cause of depressurization. At the same time, it was previously thought that the hole appeared due to a hit from a micrometeorite.