The oceans are full of yet unresolved mysteries and strange creatures thriving in the deep that scientists believe are not rare – they are just out of reach.

An international team of researchers used state-of-the-art underwater cameras to find three new species of snail fish living in one of the deepest parts of the ocean, perfectly adapted to conditions that would instantly kill most life on Earth, The Guardian wrote.

The see-through, scale-free creatures were spotted in large numbers at the bottom of the Atacama trench in the eastern Pacific Ocean at a depth of 7,500 meters (4.5 miles). 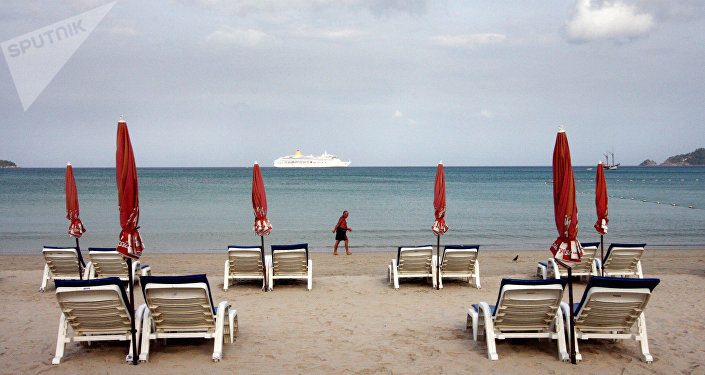 © Sputnik / Vitaly Ankov
Beachgoer Films Weird Sea Creature Washed Ashore in Thailand (VIDEO)
“These things are right on the limit of what all fish can take so you might expect at that depth you’d maybe be lucky to see one or two eking out an existence,” Alan Jamieson, senior lecturer in marine ecology at Newcastle University told Agence France-Presse on Friday.

“But there’s a whole heap of them sitting there,” he added.

Moreover, at a depth like that, the water pressure is so great that larger animals would be crushed under their own mass.

“It’s the equivalent of having an 800kg weight placed on your little finger,” Jamieson said.

Still, made almost entirely of a gel-like substance, the fish would die without the crushing pressure holding them together.

“Their bodies are extremely fragile and melt rapidly when brought to the surface,” Thomas Linley, a Newcastle research associate who went on the expedition, explained.

Researchers believe the fish may have evolved to live on the sea floor to avoid larger predators.