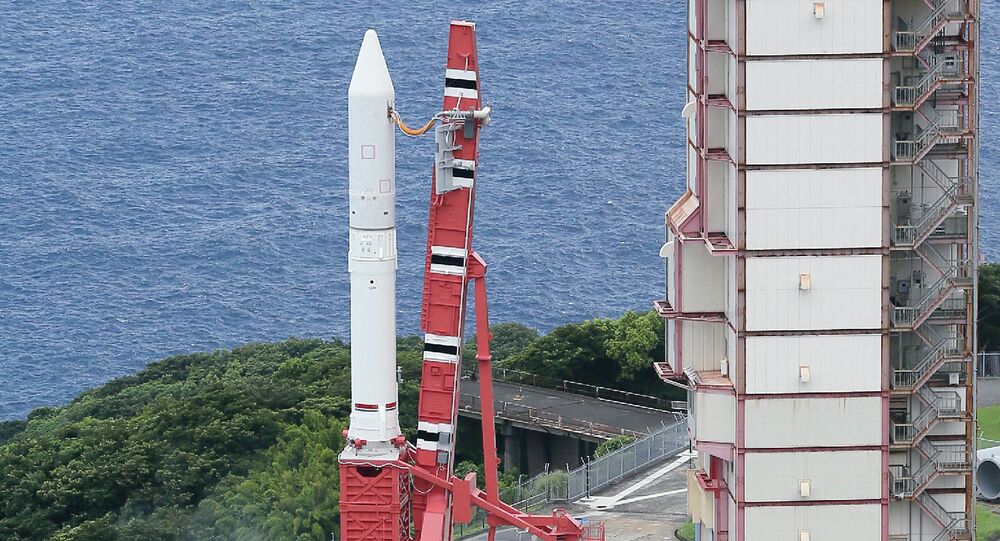 WASHINGTON (Sputnik) - The unmanned H-II Transfer Vehicle-7 (HTV-7) was loaded with more than five tons of supplies, water and spare parts for the crew aboard the ISS, with a half dozen of new lithium-ion batteries upgrades ISS’s power grid upgrades, NASA said.

Today’s launch of a Japanese cargo ship loaded with more than five tons of supplies, water, spare parts and @ISS_Research experiments is delayed. Find out more details on our @Space_Station blog: https://t.co/c3YBQuwryQ pic.twitter.com/ixecufHKsV

On August 30, the ISS crew found a microfracture on a wall in the living section of the Soyuz MS-09 spacecraft that provoked an insignificant air leak. The hole was eventually patched up on the same day.

© Sputnik / Oleg Urusov
Russian Spacecraft Under Careful Scrutiny After ISS Air Leak Incident - Source
However, Dmitry Rogozin, the chief of the Russian space agency Roscosmos, suggested Tuesday that the incident with a docked Soyuz MS-09 spacecraft was more complicated than expected. A source told Sputnik on Thursday that an internal investigation, conducted by spacecraft manufacturer Energia, showed that the hole had been deliberately made by a drill bit.

Following launched investigation of the incident, Energia Rocket and Space Corporation placed Soyuz MS-10 and Progress MS-11 space vehicles at the Baikonur Cosmodrome under careful scrutiny. However, the source from Roscosmos familiar with the matter has told Sputnik that Soyuz MS-10 spacecraft would be launched as planned, on October 11.

On Wednesday, the Russian Kommersant newspaper reported, citing an anonymous source, that the hole on the spacecraft might have resulted from deliberate actions of the US astronauts. According to the news outlet, one of the ISS' US astronauts is allegedly suffering from a decease and is interested in the return of the spacecraft's crew back to Earth, which will enable him to receive the necessary medical assistance.

© NASA .
ISS Leak Repaired: Internal Cabin Pressure Stabilized - NASA
However, Dmitry Rogozin and NASA Chief Jim Bridenstine have agreed during a telephone conversation to refrain from commenting on the nature of a hole in the Soyuz MS-09 before the final completion of the investigation.

Two sources have told Sputnik that the leak could be caused by a manufacturing defect — a hole drilled into the internal body of the spacecraft while it was still on Earth — and that was apparently the cause of depressurization. At the same time, it was previously thought that the hole appeared due to a hit from a micrometeorite.