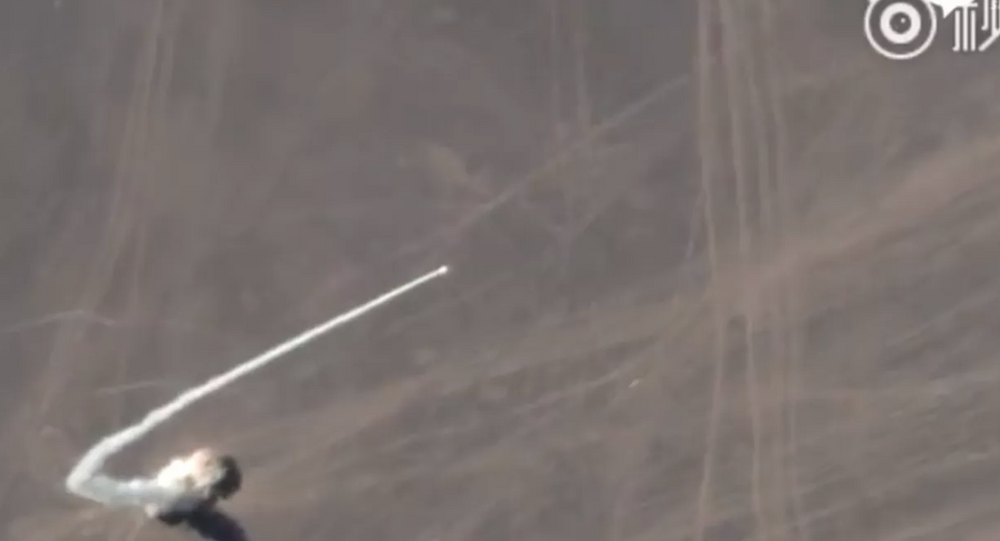 This weekend, private Chinese spaceflight company OneSpace launched a rocket from the Gobi Desert in northwest China ‒ and the whole thing was captured by a satellite orbiting more than 330 miles above Earth.

According to a Friday report by the Global Times, OneSpace was testing its 30-foot-tall and 15,900-pound OS-X1 rocket. The solid-fueled rocket took off from the Jiuquan Satellite Launch Centre and reached an altitude of about 24 miles. The launch was captured by China's Jilin-1 satellite and then uploaded to Chinese social network Sina Weibo.

​In May, OneSpace became China's first private Chinese space company to launch a rocket. OneSpace CEO Shu Chang told the China Daily in May that he wants the spaceflight company to be "one of the biggest small-satellite launchers" in the world, also adding that the company expects to launch 10 rockets in 2019.

Although China's government has historically controlled the country's spaceflight program, the nation's spaceflight activities have recently been expanded to the private sector.

In July, Beijing-based LandSpace, another private space launch company, revealed that its Suzaku No. 2, the largest privately owned rocket developed in the country so far, will be launched in 2020.

The company, which is also known as Beijing Blue Arrow Space Technology, is planning to complete ground tests for the medium-sized liquid oxygen methane rocket in 2019. First flights are expected to take place in 2020, Sputnik reported at the time.