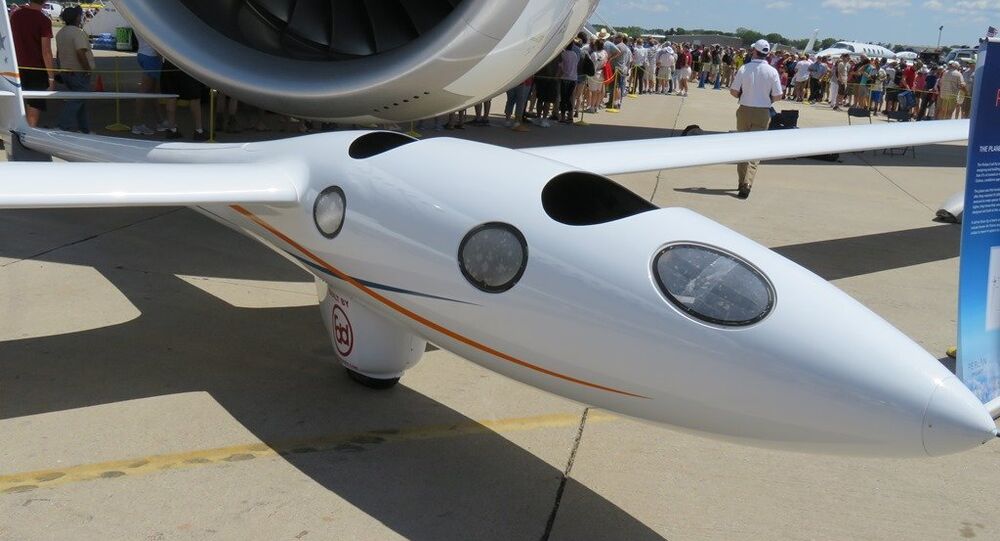 The previous record altitude had been reached by an unpowered aircraft by the same team at the end of August. The authors of the project hope that it will allow high-altitude air currents to be studied, which may help pilots of regular aircraft in the future.

The Perlan 2 Project's glider managed to reach an altitude of 23 kilometers during its latest flight over the region of El Calafate, Argentina, setting a new record for unpowered fixed-wing aircraft. The 700-kg glider was made of carbon fiber composite material with a wingspan of 25.5 meters.

During the five-hour flight, the glider not only recorded a live feed from the tail, but also collected atmospheric data, in particular air currents in the upper atmosphere. Such data may help better understand them and predict the invisible turbulence that jet pilots sometimes encounter during flights.

"The horizon starts to have a curvature in it and the sky is getting darker as we climb. It's a fantastic experience, once in a lifetime," one of two glider's pilots said, describing his experience.

The previous record was set on August 28, when the same glider reached an altitude of 20 kilometers.

Leap Into Abyss…From a Glider