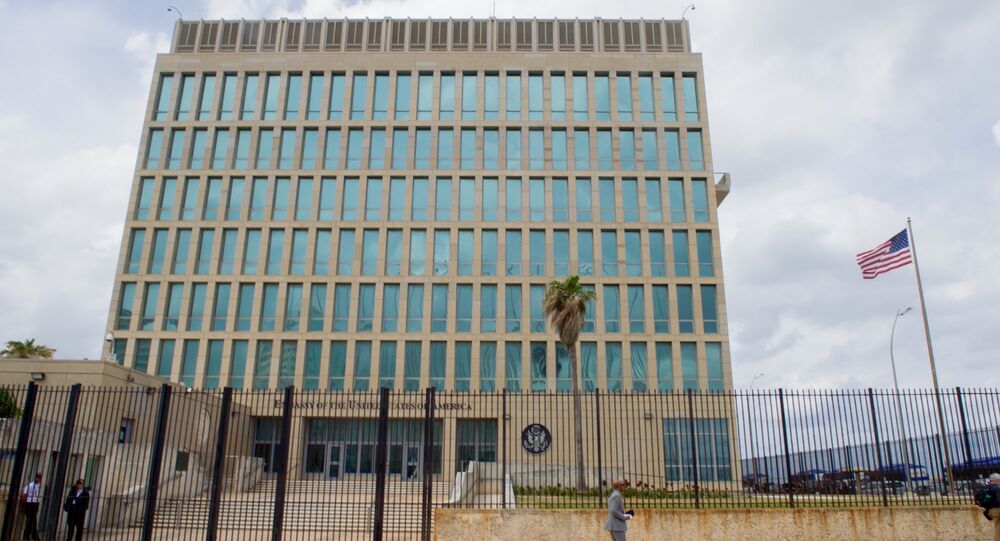 US and Canadian officials have repeatedly complained about their diplomats in China and Cuba being exposed to mysterious "sonic attacks," which Washington recently attributed to the use of "microwave weapons."

A professor of medicine from the University of California, San Diego, said she believes the symptoms experienced by Canadian and US diplomatic workers in Cuba and China between 2016 and 2017 were those of microwave electromagnetic radiation.

Speaking to the CBC, Dr. Beatrice Golomb challenged the claim, put forth this week by US researchers, that the exposure was deliberate, "weaponized," and the result of Cuban or Chinese government action.

"It doesn't have to be weaponized," she said. "The three possibilities are: weapons, surveillance devices – or I'll include in the same category counter-surveillance devices – and the third would be, but very unlikely in this case, innocent communications sources of the kinds that lead to these same health problems in some people in the civilian sector."

© AP Photo / Desmond Boylan
US State Dept. Warns Americans About Possible Sonic Attacks in Cuba
According to Dr. Golomb, surveillance is the most likely culprit behind the symptoms experienced by US and Canadian diplomatic staff, which has included headaches, dizziness, nosebleeds, hearing and vision problems and an inability to concentrate.

"My hypothesis would probably veer toward the surveillance end of things, she noted. "It is well-known that the US Embassy in Moscow was microwaved from 1953 to the late 1980s or 1990s, depending on the source. The US engaged in shielding efforts related to that. Health problems were reported by diplomats."

"According to New York Times articles, it had been bugging by Moscow. But Russia reported that what they were doing [was] trying to thwart our surveillance devices that were on the roof of the embassy," Golomb added.

© Sputnik / Iliya Pitalev
US Embassy in Moscow
© AP Photo / Andy Wong
China Finds No Evidence of Alleged Sonic Attack on US Diplomatic Staff - Beijing
Dr. Golomb did not specify whether or not the symptoms suffered by US and Canadian embassy staff in Cuba and China were the result of counter-surveillance measures in the communist nations.

However, asked about the consequences of long-term exposure to microwaves, Golomb said that Russian scientists have done extensive research into the subject, with the key recommendation being to avoid repeated exposure. "From Russian studies in the 1970s in which they followed people who had occupational exposure to radio-frequency microwave radiation, who had developed health problems of the kind that are now being reported by diplomats, what they stated was that the most important thing in determining the long-term health course was avoidance of re-exposure."

This week, a senior Cuban doctor chairing a commission investigating reports of acoustic attacks against US and Canadian diplomats dismissed a US claim that Havana was engaged in deliberate attacks against the US mission using "weaponized" microwaves, calling the claims "science fiction, not science."

"First, it was sonic weapons, now microwave. What's next, kryptonite?" neurologist Dr. Mitchell Valdes-Sosa said of the US allegations. He also pointed out that for a microwave weapon to work, it would need to be used at close range.

© AP Photo / Kelvin Chan
Twitter Reacts as US Reportedly Hunts for Foreign Meddling Behind "Acoustic Embassy Attacks"
Earlier this year, US investigators told The New York Times that US diplomats in Cuba and China suffered brain injuries that were most likely caused by microwaves. The Canadian government has begun replication studies in an attempt to verify the US study's results. Ottawa pulled out the families of diplomatic workers in Cuba over reported but unproven "sonic attacks" earlier this year. This spring, China dismissed as "inconceivable" claims that US diplomats were being targeted by sonic attacks after one embassy employee suffered symptoms said to be similar to those caused by "sonic attacks" in Cuba.
...
Reddit
Google+
Blogger
Pinterest
StumbleUpon
Telegram
WhatsApp
181