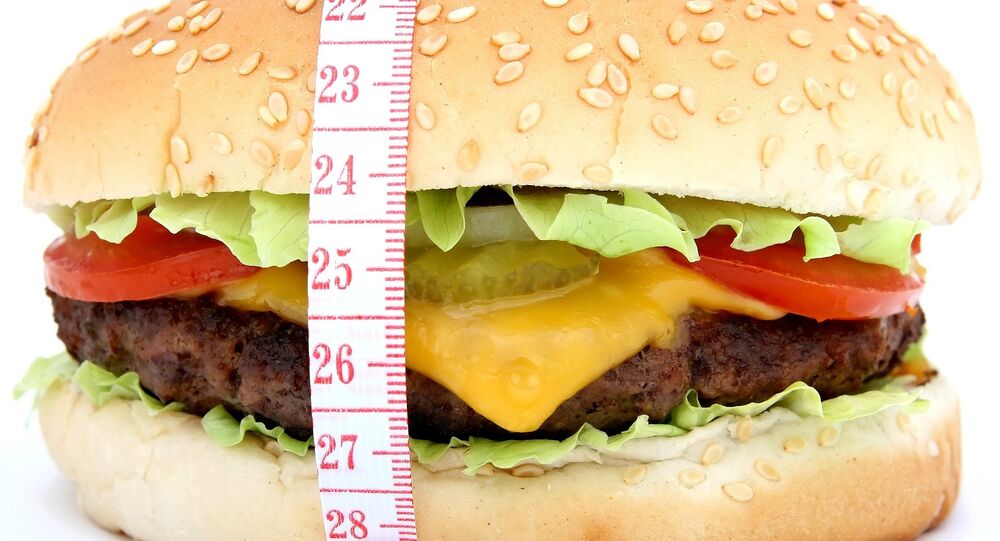 Metabolic syndrome is described as a collection of disorders leading to obesity and hypertension. It includes the risk of cardiovascular disease and diabetes and can be lethal.

"Research on the molecular mechanisms behind metabolic syndrome is especially relevant today due to the growing incidence of obesity," said Larisa Litvinova, Head of Immunology and Cellular Biotechnology Laboratory at Immanuel Kant University.

© AFP 2021 / JUNG YEON-JE
Army Green? US Military Revamping Chow Halls to Fight Obesity in Soldiers
In an article published by the International Journal of Obesity (Nature Publishing Group), researchers studied how genetics affect metabolic syndrome by comparing healthy people to patients with schizophrenia, since the incidence of the syndrome is significantly higher in the latter group.

Researchers focused on the endothelial nitric oxide (NOS3) gene, which is in charge of nitro compound synthesis in the human body. It turns out that synthesis was deficient in patients with metabolic syndrome, making it impossible for blood vessels to function properly.

"We found that NOS3 T-786C polymorphism was closely associated with the risk of metabolic syndrome, including elevated glucose concentration and high blood pressure, high levels of cholesterol and triglycerides," Litvinova pointed out.

She went on to say that T-786C polymorphism is determined by the level of cholesterol. In schizophrenia patients, it plays a special protective role by neutralizing destructive molecular substances through the highly enhanced synthesis of plasmatic nitrites.

Apart from T-786C, the researchers described two other NOS3 polymorphisms that heighten the risk of metabolic disorders in healthy people, stressing the importance of studying the subject in order to defeat metabolic syndrome through genetic engineering.