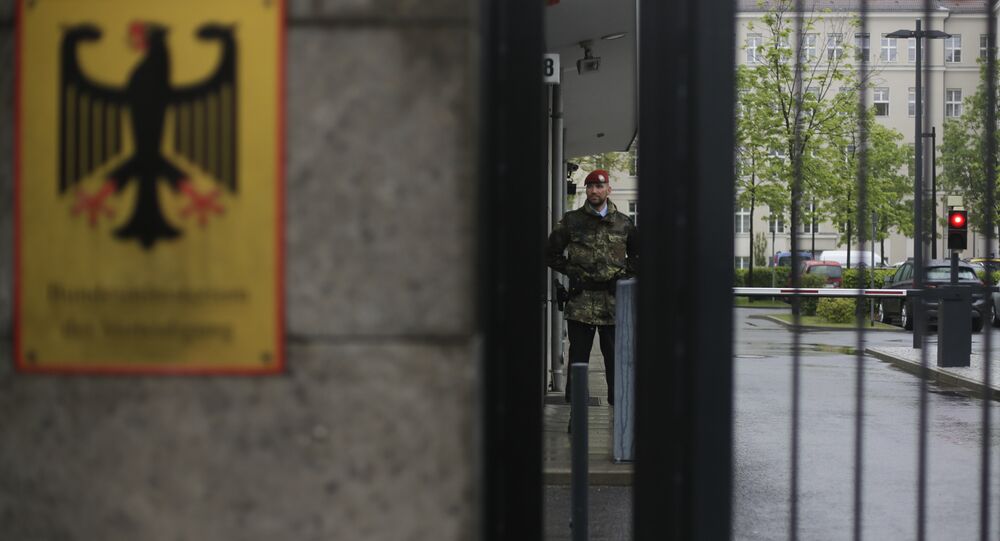 Chancellor Angela Merkel’s cabinet has proposed a new cybersecurity branch of the German government, to be overseen by both the the Interior and the Defense ministries, according to Defenseone.com.

© AP Photo / David Goldman
Massive Cyberattack on US Retail Sees Data From 5Mln Bank Cards Stolen - Reports
Projected to see an annual operating budget of some €200 million ($230 million) between 2019-2022, the so-called Agency for Innovation in Cybersecurity (AIC) will encompass 100 employees and follow an as-yet-undetermined mandate.

The Bundestag — the German parliament — will fine-tune the cabinet's proposal and, after funds are made available, the AIC will begin work in early 2019, according to sources in the government.

The potential creation of the AIC is noted by Bundestag watchers to represent a political commitment by Merkel's cabinet to address the seemingly inescapable truth that cyberspace is where much of the more devastating future attacks of warfare will occur.

"We have to be at least as quick and as well equipped as the perpetrators," she observed.

By injecting venture capital into cutting-edge research, AIC hopes to nurture new cyberdefenses to support military and security forces, a methodology that will — in the words of Van der Leyen — require "courage" and, tellingly, patience on the part of the German politic.