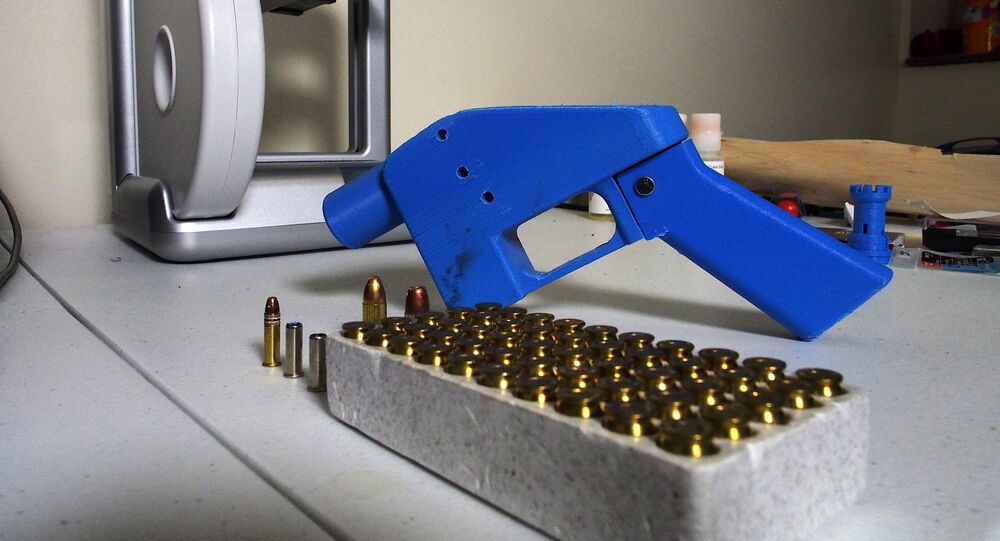 Defense Distributed’s Cody Wilson says “anyone” is going to get the schematics if they want.

Defense Distributed, a Texas company that created the 3D-printable Liberator gun, says it is selling blueprints for the guns despite a US court ban. US Federal Judge Robert Lasnik extended his own ban on uploading the schematics online Monday.

"Anyone who wants to get these files is going to get them," the company's founder, Cody Wilson, said Tuesday, according to an AP report. "They can name their own price."

"I'm happy to become the iTunes of 3D guns if I can't be Napster," Wilson added, according to Ars Technica.

© CC0
UK Government Urged to Clamp Down on Antique Guns Being Used By Criminals
If the headline left you wondering how is this even possible and why law enforcement won't crack down on Wilson and his company — well, as it turns out, Wilson isn't violating Lasnik's ban at all.

Upon closer examination, Lasnik's order is strangely specific in that it bans uploading schematics to the internet for download. At the same time, Lasnik himself said that the schematics may be "emailed, mailed, securely transmitted or otherwise published within the United States," according to a Washington Free Beacon report.

It should be noted that while emailing a file technically requires uploading it to the internet, Lasnik apparently views posting a permanent download link as a different form of digital distribution.

Of all the possible means, Wilson chose to sell blueprints for his weapons on a "DD-branded flash drive," Ars Technica reports. Email and secure transmission options are also reportedly being looked into.

According to a report by The Hill, Wilson said he intends to sell his blueprints only within the United States, in order to avoid violating US arms export law (which led to the blueprints being initially banned by the State Department several years ago).

Some Twitter users noted the irony that Wilson, despite his identity as a "crypto-anarchist" and a "free market anarchist," is following the law to the letter.

Wilson had already received almost 400 orders for his blueprints by Tuesday, AP reports. According to Ars Technica, the blueprints are being sold on a pay-what-you-want price model, with customers reportedly offering between $1 and $10 for the files.