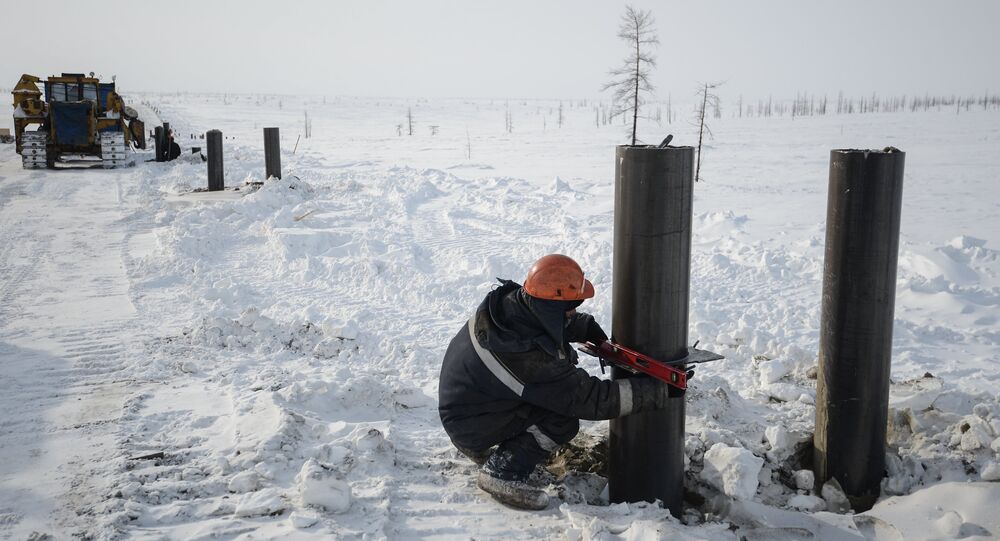 Scientists from the Siberian Federal University have suggested a new method to more effectively locate hydrocarbons, including crude oil and natural gas, the University’s press service said in a statement.

According to experts, hydrocarbon prospecting operations now face a number of problems, such as heterogeneous upper sections of oil-and-gas wells or low-yield seams.

In connection with this, scientists are actively developing comprehensive geophysical methods and technologies to make it possible to illuminate seams with seismic radiation and to detect noise seismic emissions after an artificial disturbance.

"We have suggested a passive seismic-electric method making it possible to register the mutual-correlation function of seismic and electric noises," said Danil Kudinov, an assistant professor at the University's Institute of Military Engeneering.

© CC0
Russian Scientists Learn to See Through Ground
Scientists conducted an experiment using this method, and they measured the aforementioned mutual-correlation function at hydrocarbon deposits in Khakasia. A two-channel geophysical device, developed at the University, has made it possible to record seismic and electric noises in the 0.1-20 hertz band.

"In both cases, high-yield seams, located 1,800-2,000 meters beneath the ground, were marked by maximum mutual-correlation function levels that exceeded normal background levels by five to seven times. This highlights a seismic-electric effect," Kudinov noted.

In his opinion, maximum mutual-correlation function levels are detected when seismic and electric noises coincide in terms of both their time and phase. This is why their simultaneous detection expands the range of factors making it possible to identify hydrocarbon seams.

Researchers hope that this will help locate such seams more effectively using direct search methods. It is necessary to conduct lots of fieldwork in various geological-geophysical conditions to implement the passive seismic-electric method still further.

According to the University's press service, this project, whose results have been published in the journal Geology and Geophysics was sponsored by the Russian Fundamental Research Fund, the Government of the Krasnoyarsk Territory and the Territory's Fund for Supporting Research and Science and Technological Activity.