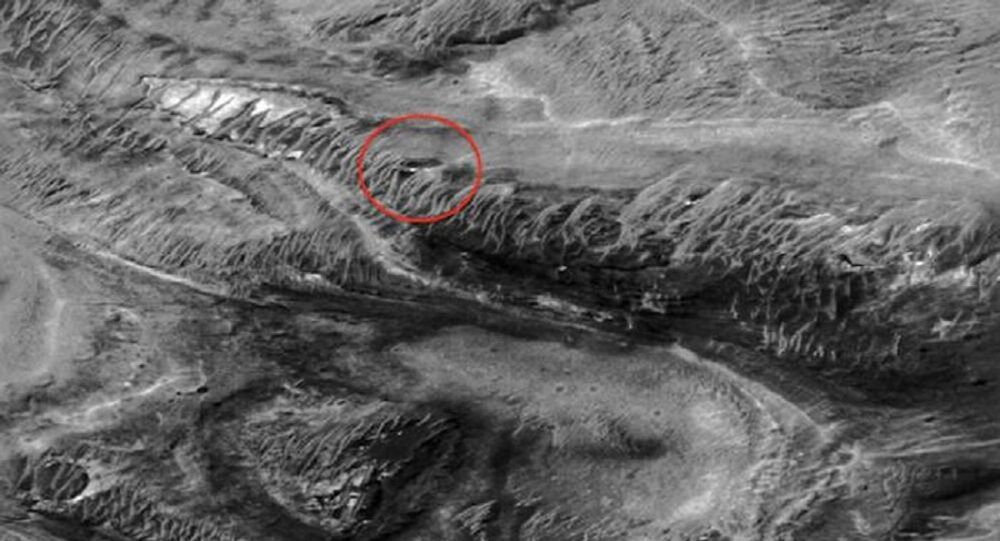 Earlier, a study conducted by a team of scientists led by Bruce Jakosky from the University of Colorado claimed that "terraforming Mars is not possible using present-day technology." Terraforming is the deliberate modification of a planet's atmosphere or temperature to make it similar to Earth's environment and habitable by Earth-like life.

Taiwan-based UFO expert Scott Waring has shared a photo of the Martian surface on its website UFO Sighting Daily, which, in particular, showed what he described as a secret "alien base.

While the photo, which also shows the varying edges of what appears to be a valley on Mars, was originally shared on Gigapan by Neville Thompson in 2015, Waring managed to spot the "base" last week.

"The base was originally found many years ago, but it is still there. The photo has not been deleted. This is the kind of evidence that could be used in a court of law to force NASA into divulging the truth about the existence of aliens in our solar system," Waring noted.

In August 2012, NASA's solar-powered Curiosity rover landed on Mars and has been exploring the Red Planet's surface ever since.

Although the craft has traversed merely 18 kilometers (11 miles) of the surface of Mars, it has made remarkable discoveries, including offering proof that the Red Planet potentially supported life in eons past.

READ MORE: NASA May Have Destroyed Evidence for Organics on Mars 40 Years Ago

© AFP 2020 / NASA
'Mars Could Have Supported Life': NASA Suggests Red Planet Was Habitable
A recent NASA-sponsored study, however, remained downbeat that Mars could be made habitable for humans specifically by releasing the carbon dioxide trapped in various sites on the planet.

"Our results suggest that there is not enough CO2 remaining on Mars to provide significant greenhouse warming, were the gas to be put into the atmosphere," Bruce Jakosky of the University of Colorado, who led the study, pointed out.

Scholar on Mars Lake Discovery: 'There Could Be Smaller Lakes Like It'