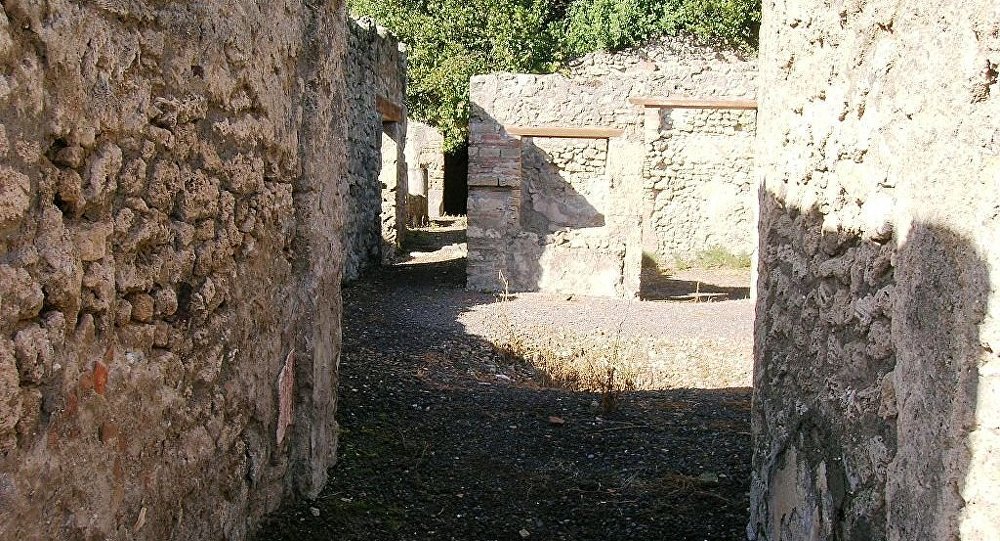 Almost two thousand years after Pompeii was buried by ash and rock spewed by the volcanic eruption of Mount Vesuvius in 79 AD, the ancient city continues to reveal its long-hidden treasures.

Archaeologists have revealed their newest discoveries made in the house of a wealthy man who lived in the ancient Roman city, The Nation wrote.

One of the most prominent discoveries was made in Casa di Giove (the House of Jupiter), including well-preserved frescoes, terracotta vases and traces of everyday life despite having survived one of the most catastrophic eruptions in written history.

Traces of fire were found in an adjacent house which had blackened the frescoed wall.

© CC BY 2.0 / David Stanley / Byzantine basilica at Adulis
'African Pompeii': Archeologists Digging Up Ancient City Shrouded in Mystery (PHOTO)
The name of the house, decorated in the first Roman style, comes from a small picture depicting Jupiter found on a shrine placed in the garden.

The house has a central atrium surrounded by several decorated rooms with fake marble painted in bright shades of red, yellow and green.

The house of Jupiter was partially excavated in the 18th and 19th centuries, but archaeologists have now discovered more frescos and ornate remains that help us understand what day-to-day life was like in the city thousands of years ago.

Over the past few months archeologists have also uncovered a surrounding square, nearby pavement and also a street of houses with intact balconies that were also buried by the vast eruption.

Mount Vesuvius erupted in the year AD 79, burying the cities of Pompeii, Oplontis, and Stabiae under ash and rock fragments, and the city of Herculaneum under a mudflow.

Every single resident died instantly when the southern Italian town was hit by a 500°C pyroclastic hot surge.

Unique Opportunity to Walk Through House in Ancient Pompeii (VIDEO)