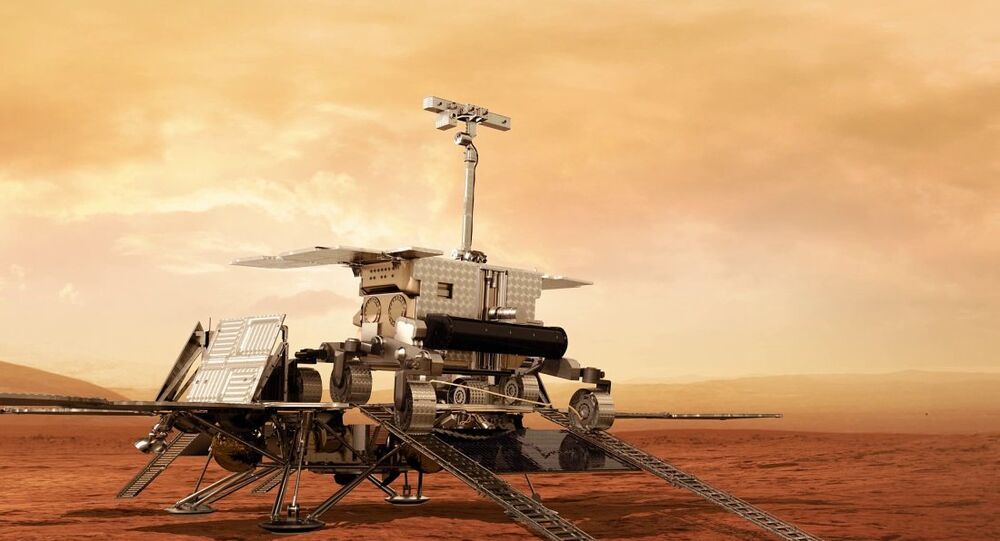 Scientists Looking for Ways to Grow Crops on Red Planet

While humans prepare to land on Mars and eventually colonize it, the question about what people will eat on the Red Planet looms large.

Indeed, generating a stable supply of food poses a major challenge given the exorbitant cost of sending resources from Earth, the scientific journal Universe wrote.

This means that colonizers will need a high level of self-sufficiency and sustainable agriculture — a prospect that now looks a bit more real with the recent discovery of liquid water on the planet.

© Photo : YouTube/NASA's Marshall Space Flight Center
NASA Challenge Contestants Design Future Base on Mars
However, there are more things that people will need to be able to grow enough food on Mars.

One option is the use of hydroponic greenhouses and controlled environmental systems, similar to what is currently being tested on the International Space Station to grow crops.

Another way to go is the use of advanced synthetic biology, which combines principles from engineering, DNA science, and computer science to improve the performance of plant life on Mars.

People have learned to read DNA and they can also design biological and even create entire organisms.

The whole genome of yeast, this industrial workhorse microbe, is currently being re-engineered and can now be merged into automated robotic facilities to simultaneously test millions of DNA combinations to find the organisms with the qualities people are looking for.

Unlike Earth’s soil, which is humid and rich in nutrients and microorganisms that support plant growth, Mars is covered with regolith — an arid material that contains perchlorate chemicals that are toxic to humans.

© Flickr / Cyril Rana
Colonization of 'Mighty' Mars May Just Be Impossible But the Race is Still on
Besides, water on Mars mostly exists in the form of ice and plants, which have evolved on Earth for hundreds of millions of years and are adapted to terrestrial conditions, will not grow well on Mars.

This means that efficient farming on Mars will require substantial amounts of scarce resources like liquid water and energy to grow enough crops on Mars.

It is the first time a large stable body of liquid water has been confirmed to exist on Mars and the  discovery could have major implications for the chances of survival on the Red Planet.

However, using synthetic biology to develop crops expressly for Mars could be a more rational option as it would speed up the engineering and testing biological designs under simulated Martian conditions.

With adequate funding and active international collaboration, advanced Mars “biofoundries” could improve many of the traits required for making crops thrive on Mars within a decade, Universe wrote.

Scholar on Mars Lake Discovery: 'There Could Be Smaller Lakes Like It'