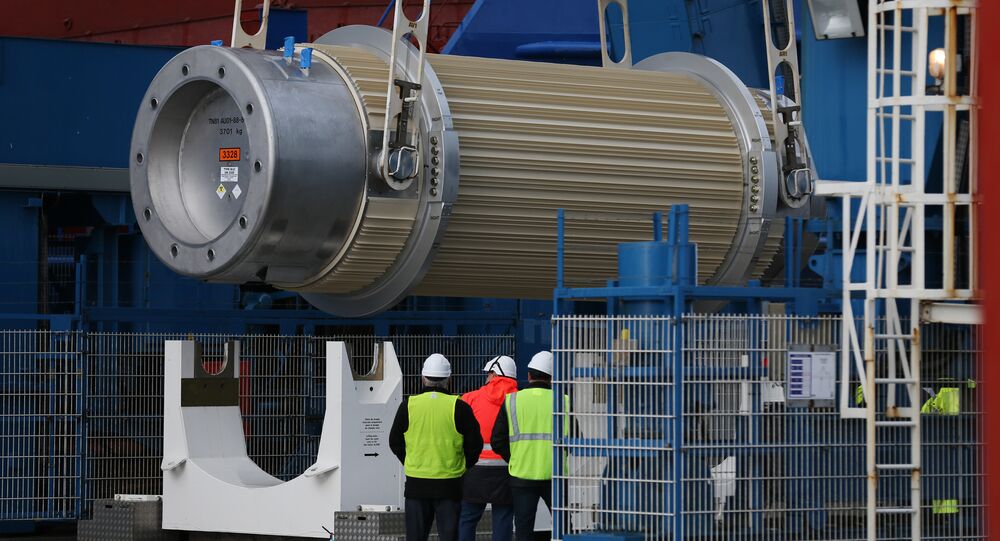 This will be the tenth time that used radioactive fuel has been sent for recycling, but local NGOs have blasted the government's approach over a lack of a long-term solution to deal with radioactive waste.

A batch of used radioactive fuel was sent from Sydney, Australia to France for recycling and extraction of uranium and plutonium. However, whatever is left after the process will be sent back to Australia in the form of durable glass mass after vitrification and will be buried at a special dump site.

This is not the first time Australia is sending its spent nuclear fuel to France to be recycled and Australian Nuclear Science and Technology Organization (ANTSO) chief nuclear officer Hef Griffiths has reassured the public in his statement that the process is 100% safe.

However, the fact that the country hasn't found a sustainable way of dealing with nuclear waste has drawn criticism from some NGO, specifically the Australian Conservation Foundation. One of its members, Dave Sweeney recalled that no "process to identify the best place and method to manage this waste" had been developed and scolded the government for resorting to temporary solutions instead of coming up with "complex management issues." He called the spent fuel shipment to France a "radioactive boomerang," announcing that intermediate-level waste will be returned after the recycling process in Europe.