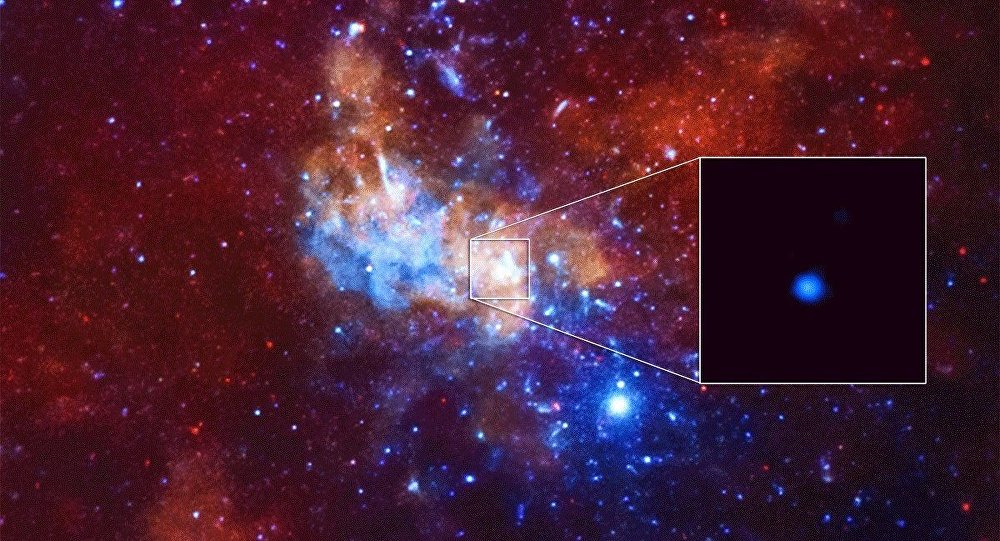 A team of astronomers has been monitoring a star near a supermassive black hole in the central area of our galaxy and have found out that its light wavelengths stretched to escape the black hole's gravitation pull, changing its color from blue to red – as Einstein predicted with his general theory of relativity 100 years ago.

An international group led by Reinhard Genzel at Germany’s Max Planck Institute for Extraterrestrial Physics (MPE) was able to test Albert Einstein’s 100-year-old general relativity theory with a supermassive black hole for first time, proving the latter's theory involving the behavior of stars around black holes. The results of their study have been published in Astronomy & Astrophysics.

One of the greatest minds of humankind predicted that the light of a star would not slow down, but would rather lose some of its energy in powerful gravitational fields such as those created by supermassive black holes; its wavelengths grow longer, which would make a star look redder. The effect, which is an indicator of the general relativity theory, got the name “gravitational red shift.”

Up to now, scientists were unable to test Einstein’s prediction, according to astronomer Frank Eisenhauer.

“This was the first time we could test directly Einstein’s theory of general relativity near a supermassive black hole. At the time of Einstein, he could not think or dream of what we are showing today,” the scholar said.

Astronomers have observed the “red shift” effect monitoring the supermassive black hole Sagittarius A*, which is 4 million times heavier than the sun and is located in the center of the Milky Way galaxy, some 26,000 light years away from Earth.

A team of astronomers at the European Southern Observatory started tracking stars in this area 26 years ago using the Very Large Telescope. They followed the behavior of a star called S2, and with their tools became more accurate: they eventually caught it orbiting around Sagittarius A* at a speed of 24.14 million kilometers per hour. Escaping the extreme gravity of the supermassive black hole, S2’s wavelengths stretched and grew from blue to red.

The team has predicted further confirmations of the theory. More than a year ago, scientists joined forces and telescopes to get a clear rendering of the event horizon of the supermassive black hole — a boundary beyond which even light can’t escape. However, they still haven’t managed to interpret and study the results.