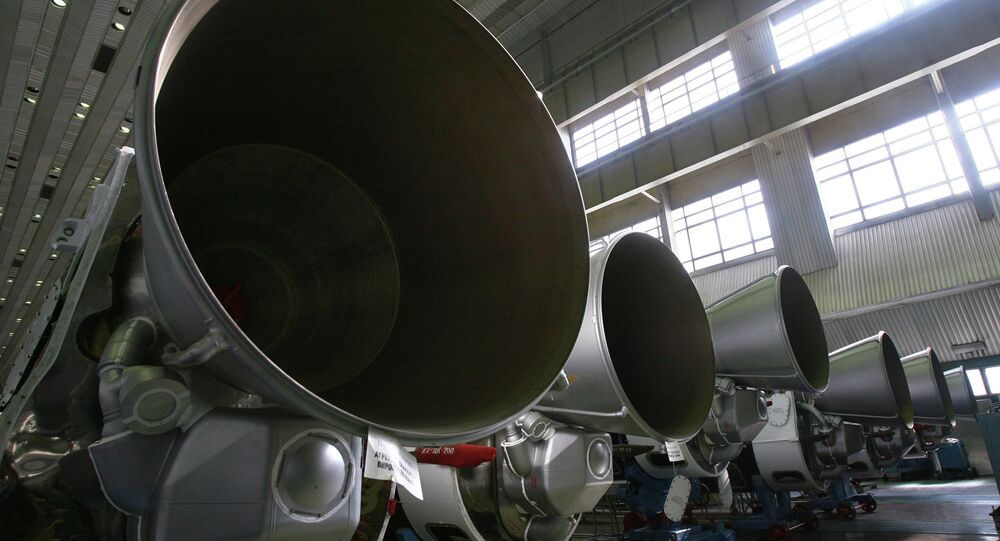 "The materials on reusable subjects were sent to TsNIIMash. They should study them and provide their expert opinion," a spokesperson for the space center said.

© Photo : OAO Kuznetsov
S7 Space Mulls Restoring Production of Heavy Soviet Rocket Engines in Russia
Earlier it was reported that the Khrunichev Center is carrying out design research works on carrier rockets with reusable first stage. Various schemes to reuse rockets are being considered, including the vertical landing, the parachute-jet rescue system and the winged scheme of the reusable part of the rocket.

Moscow-based Foundation for Advanced Research Projects (FPI) then said that tests of the rocket are scheduled for 2022. The rocket will be capable of carrying up to 600 kilograms (over 1,300 pounds) of payload on the sun-synchronous orbit. According to preliminary calculations, the cost of bringing payload on orbit will be one and a half or two times cheaper than using ordinary rockets of such a class.