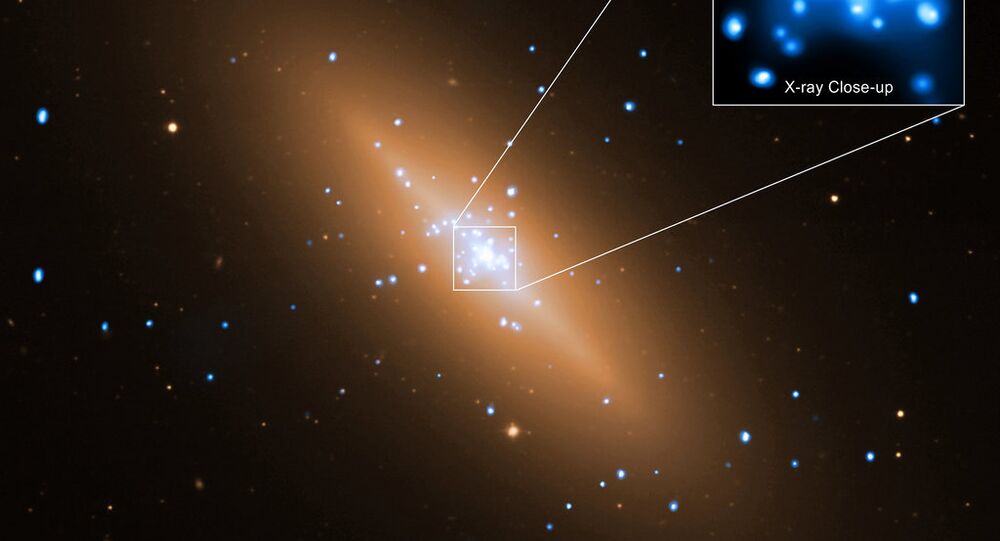 The revolutionary discovery comes just now, despite the particular NASA observatory having been in service since 1999.

NASA may have for the first time ever caught a star red-handed as it is eating up a planet, largely thanks to the top-notch Chandra X-ray observatory that made it all possible, according to a statement by Chandra.

The young star RW Aura, located merely 450 light years from Earth, has been studied for many consecutive years and it was earlier reported to be part of a rather strange phenomenon, as the star has been increasingly decreasing in its brightness as time passes, and that the dimming is spanning longer and longer every time.

The latest data obtained by the aforementioned Chandra Observatory, launched back in 1999, has hinted at the fact that the dimming could be the result of a soaring amount of debris surrounding the star like a veil, and that the material is presumably what is left from a young planet that the star is destroying. “If our interpretation of the data is correct, this would be the first time that we directly observe a young star devouring a planet or planets,” Hans Moritz Guenther of MIT, who led the team of researchers, summed up, noting that computer simulations had previously predicted more than once that “planets can fall into” a nascent star.

READ MORE: 'Baby Step to Explore Space': US Teen on Her Journey to Become 1st Human on Mars