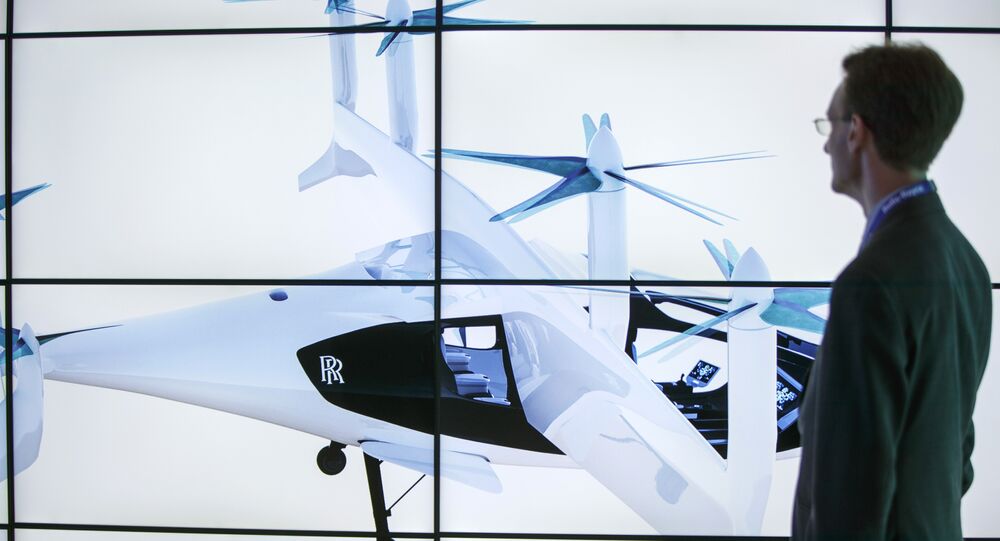 The British aerospace giant has joined the fray for its share of the emerging market for hybrid vehicles, challenging the tycoons from the Silicon Valley and European corporations. The prototype is hoped to be flight-ready by the end of next year.

The UK-based engine producer Rolls-Royce has presented a concept of its electric vertical take-off and landing vehicle (EVTOL), dubbed the flying taxi, at the Farnborough International Airshow 2018 in London.

The company claims that their first flying taxi could take to the skies as soon as the early 2020s.

"In this market, you will see something like this flying within three to five years, and we will demonstrate the system in two years. At the end of next year we will be flight-ready," the head of the company’s electrical team, Rob Watson, told the media.

From personal transport to public transport. Find out how our hybrid electric vertical take-off and landing (EVTOL) concept could pioneer the power of tomorrow https://t.co/6NLn3NjBqT #FIA18 pic.twitter.com/PIEtfQOAsC

​According to the company’s statement, the future vehicle could be used for personal or public transport as well as have logistics and military applications. The presented concept vehicle could carry 4 to 5 passengers at speeds up to 400 kilometers per hour. The vehicle could cover a distance of 800 kilometers without a re-charge.

It will be able to take off or land vertically with wings able to rotate 90 degrees and propellers which could fold away at the cruising height. The battery of the hybrid vehicle will use a gas turbine engine to charge.The all-electric vehicles are still at the research stage.

"There is an emerging market for all-electric planes but we believe that you need a level of requirements that an all-electric system cannot really provide today," the Roll Royce representative stated.

Besides Rolls Royce, other players at the segment of hybrid vehicles include the US-based  transportation and delivery giant  Uber, the Kitty Hawk project, funded by Google's founder, as well as Germany’s Lilium Aviation, France’s Airbus and the Japanese giant Toyota.