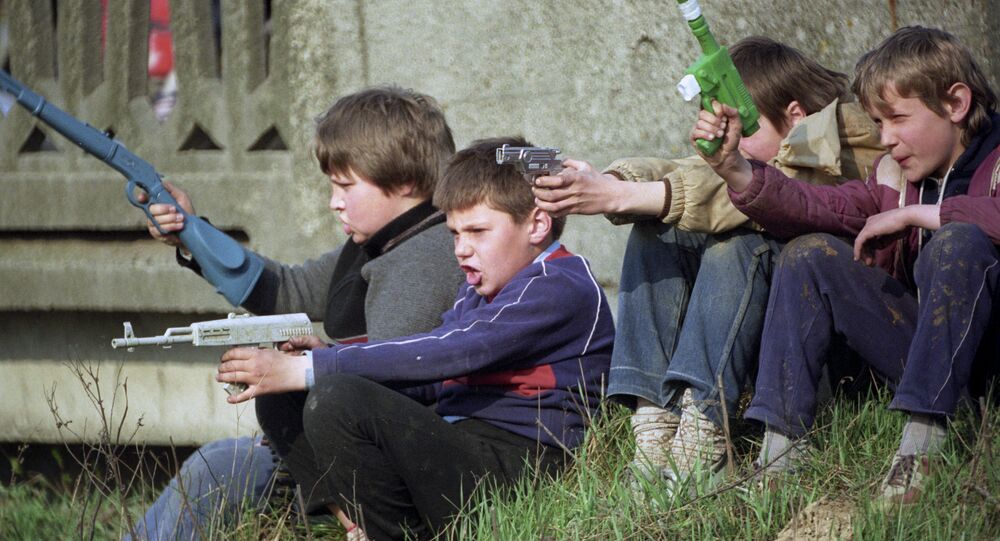 A group of researchers at the Moscow State University of Psychology and Education has studied personality characteristics in young people who are fond of video games. It concluded that teenagers in single-parent families with personality role conflicts devote most of their time to online gaming.

The study targeted 103 Russian gamers aged between 14 and 25, all of them are active users of the Defence of the Ancients 2 (DotA 2) game.

DotA 2 is immensely popular among young people and has more than 12.5 million users worldwide. Having analyzed tens of thousands of game sessions, the researchers managed to compile a psychological portrait of the modern gamer.

© CC0
Rise of the Funnybot: Machines May Soon Invent Jokes, Write Poems
The increasing popularity of computer games has encouraged research into the personal effects of gaming. Still, the results are largely controversial. Some researchers are sounding the alarm over the close link between gaming and disorders like aggression, anxiety and a lack of concentration. Others, on the contrary, insist that the effects are positive and that "avid gamers" often outperform their non-gaming contemporaries in math and natural sciences.

"This controversy should not surprise us, considering the complicated phenomena facing modern researchers," said Olga Rubtsova, the group's leader and Director of the Modern Childhood Inter-Disciplinary Research Center.

She believes that such phenomena as, for example, virtual reality can be studied only through joint efforts by representatives from various research fields. Her group uses the inter-disciplinary approach and comprises psychologists, sociologists, and IT specialists.

© Photo : ESforce Press service
How to Win 24 Million Bucks: Nuts and Bolts of Dota 2 Int'l Tournament (PHOTOS)
The study revealed that these popular online team game users are predominantly teenagers and young men and that a fairly large gap between the real and the ideal ego is characteristic for the majority of them. Teenagers in single-parent families with personality role conflict proved to be most avid gamers. "Role conflict is characteristic of nearly all teenagers. Their desire to feel adult clashes with the restrictions imposed on them both by parents and the social environment," Olga Rubtsova said.

In her opinion, children seek refuge in gaming and become the "the most active users of virtual reality" where they hope to "solve age-related problems that they are not allowed to solve in real life."

"Virtual reality attracts young people as a certain platform on which they can experiment with various models of role behavior," the researcher went on. But they are unaware of the trick that awaits them, she added.

© Photo : YouTube/One Angry Gamer
No Children: Game Developer Reveals the Truth About 'Active Shooter' (VIDEO)
A computer-simulated reality creates just the illusion of being able to solve the conflict. Teenagers in incomplete families prove to be the most vulnerable to this.

"Teenagers, who are raised in single-parent families and have a more prominent role in this state of conflict, are more subject to gaming addiction than others," the expert said, commenting on one of the key research conclusions. The ultimate goal of the research is to create a program that will use gaming behavior as a tool to diagnose the personality characteristics of gamers.

So far, this is the first in a series of planned studies devoted to the behavior of modern young people in a virtual reality. The Modern Childhood Inter-Disciplinary Research Center at the Moscow State University of Psychology and Education is conducting parallel research on the role of social networks in the life of Russian teenagers.