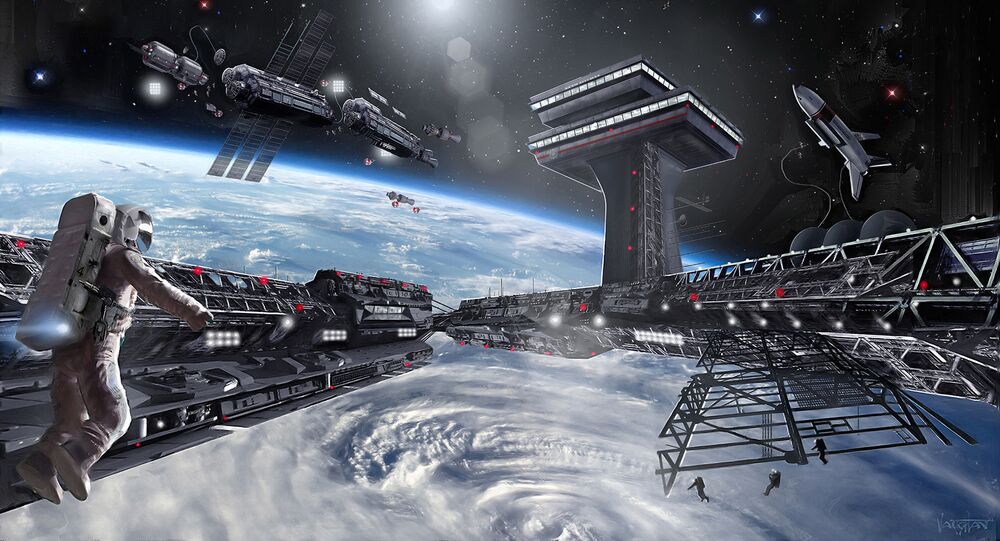 Igor Ashurbeyli's team seems to have already gone to great lengths to meet a concept of an ideal space state in a bid to free Homo sapiens of all their woes of life on Earth, and many more costly and labor-consuming efforts are still ahead.

Ashurbeyli took an oath of office during a spectacular event at the Hofburg Palace in Vienna, Austria,  attended by high-profile guests including international diplomats, researchers and legal experts.

In the formal part, he unveiled incredibly ambitious goals for the first space nation: this is to inhabit multiple space stations in low Earth orbit and provide stationary settlements on the moon within the next 25 years. Ashurbeyli solemnly reported on having set up “all branches of a nation,” going on to declare the birth of Asgardia, a space state named after Asgard, the sky home to the God of Thor in Norse mythology.

What you have just witnessed will go down in history as a truly monumental event. You can watch the recording here: https://t.co/huUtzgJVAE Please continue to watch for more updates, photos, and videos from the event on Twitter, Facebook, and Instagram. #AsgardiaInauguration pic.twitter.com/ahOvKrOLsd

According to Ashurbeyli, in order to efficiently march with the times, humans should not be faced with any limitations stipulated by the Outer Space Treaty, which currently requires governments to authorize all their space activities, both commercial and charity-related ones. The founders of Asgardia hope to be made exempt from those restrictions:

"Access to outer space should be a human right, beyond the control of any earthly nation," Ashurbeyli, who is also head of the UNESCO Commission on Space Science, said in a statement.

He essentially took a step further saying "outdated" international space law should be made universal, and geopolitics should be replaced with astro-politics.

The billionaire outlined Asgardia's plans to deploy a space fleet to defend Earth from threats originating in outer space like comets, asteroids —  all the way to space wars. To prevent those, the nation is set to battle for recognition from other states and international organizations:

"Asgardia will achieve recognition as an independent space state by means of bilateral agreements with as many states on Earth as possible, as well as accession to international organizations both intergovernmental and non-governmental," he said.

The lofty goals also cover full-fledged infrastructure to facilitate Asgardians’ welfare, everything from a speedy Internet connection and other digital services to specially devised passports:

Technocratic progressivity is something Twitter users, many of whom applied to be part of Asgardia’s “space kingdom,” can hardly deny:

Just woke up and now watching/catching up with the inauguration. Asgardia TV — We will open up a new path for humanity! Asgardia is a technocratic progressive space kingdom. This is the future. https://t.co/eDq1S0uJEZ

I'm excited about the future than ever & more proud to be part of HumanKind. #onehumanityoneunity#proudcitizen
Asgardia First Space Nation Inauguration of Head of Nation.https://t.co/ake5RErrVs

So heard the latest news on Asgardia Space Nation… At least some percentage of humans will be lucky to get out of this planet before it gets… You know? By some small-minded leaders of certain countries…..All the best for the future #Asgardia #AsgardiaSpaceNation

Interestingly, Asgardia’s chronicles have already started: the nation has recently adopted a constitution, designed a flag, composed a national anthem and is, on top of that, devising its own cryptocurrency with the suggestive name SOLAR.

Asgardia can boast even a national hierarchy, with 140 MPs elected to defend national interests of around 200,000 individuals so far enrolled for citizenship. The parliament sessions have notably kicked off:

Group photo of all the participants in the First Parliamentary Session of Asgardia. #AsgardiaInauguration #Asgardia pic.twitter.com/TB6MW4OAMc

The idea behind the lofty human- and demilitarization-focused project is grand indeed:

"Outer space is endless and space exploration will give Homo sapiens the chance to become immortal as a species," Ashurbeyli stated.

If You Ever Wanted to See a Penis From Space - Google Lake in Geelong, Australia

WATCH Russian Cosmonaut Has Haircut on Board Space Outpost