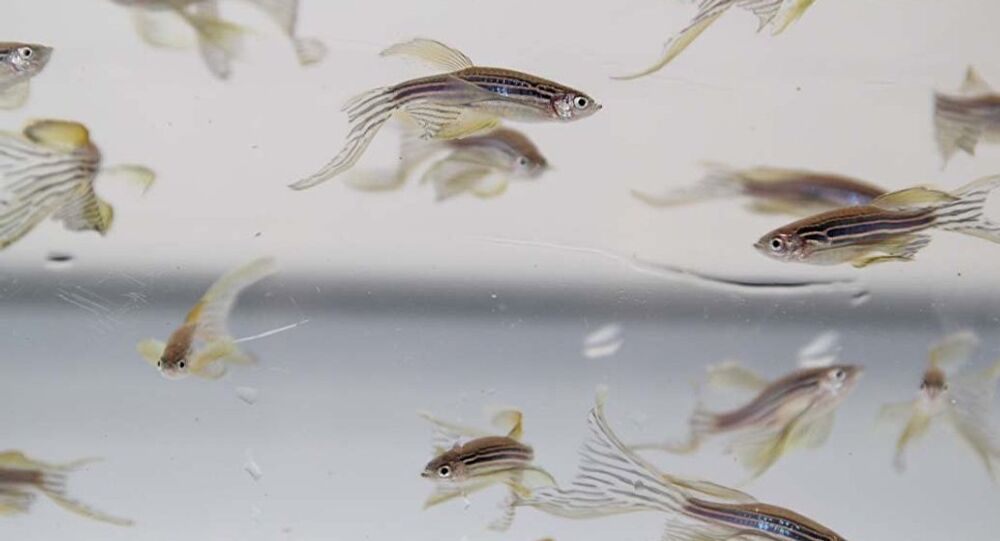 Scientists from the National University of Science and Technology (NUST MISIS) have teamed up with their colleagues from the Russian Academy of Sciences to prove the high eco-toxicity of silver nanoparticles.

They have obtained evidence of these nanoparticles' eco-toxicity after experimenting with zebrafish (Danio rerio) embryos. An article summing up the results of their research project has been published in the Journal of Hazardous Materials.

© Sputnik / Evgeny Biyatov
Russian Scientists Suggest Making Electronic Devices From ‘Carbon Peas'
It is common knowledge that silver is a heavy metal, and that large amounts of it tend to intoxicate the human body. Since times immemorial, people have also known that silver acts as a decontaminant. Experts continue to study silver nanoparticles whose worldwide application in commercial goods increases steadily each year. This makes people think about their safety, with scientists assessing potential environmental consequences and risks and studying the influence of various properties of nanoparticles on various organisms.

This research paper is part of an ambitious project that involves scientists who are trying to develop nanoparticle eco-toxicity models. Such models make it possible to assess the eco-toxicity levels of new nano-materials in advance.

© CC0
Russian Scientists Learn to See Through Ground
Scientists mixed a silver nanoparticle solution consisting of water and the above-mentioned nanoparticles with the incubation medium or a saline solution for the development of spawn. Zebrafish (Danio rerio) embryos were immersed in this solution, with scientists observing their development specifics and morphological deviations on a daily basis.

This data expands current perceptions of the relationship between nano-particles' specifications and their eco-toxicity. According to scientists, it can be used to assess various risks of introducing nano-materials and to obtain highly safe nano-particles.