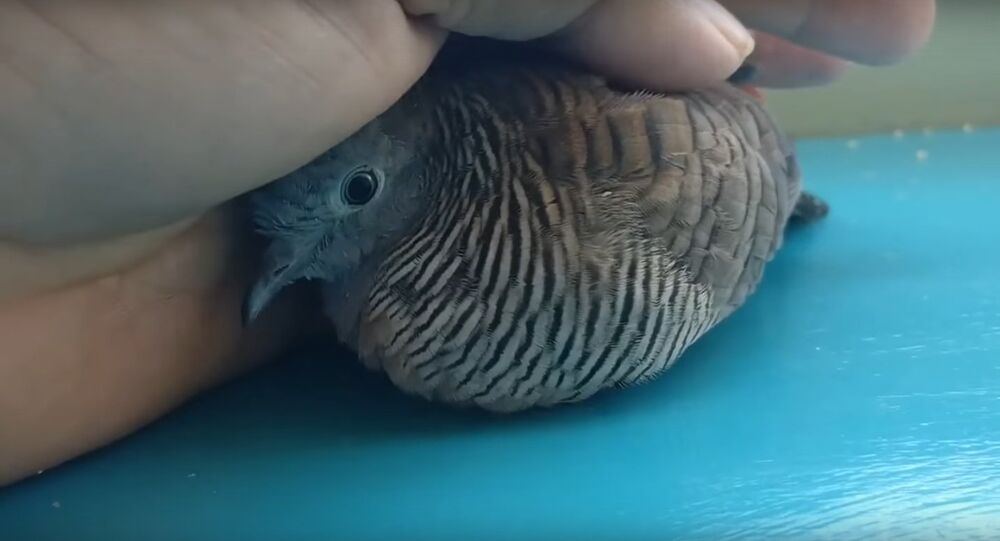 The People’s Republic of China has reported been deploying a new type of surveillance drone that can so closely imitate real birds that it fools them when they meet.

The South China Morning Post reported Sunday on the "Dove" spy bird program, noting that sources told the Hong Kong-based publication that over 30 military and government agencies had used the flying machines.

These drones don't use propellers to fly — they actually imitate the flapping movements of real birds in order to gain rise and descend and cruise through the clouds. The birds are propelled by a pair of crank-rockers driven by an electric motor. The wings can deform slightly when moving up and down, which together generates not only lift but also thrust to drive the drone forward. Software helps the drone avoid jerky movements, ensuring a smooth, realistic flight that also gives better quality camera footage.

The drones replicate about 90 per cent of the movements of a real dove, an unnamed government source close to the program told SMCP, noting that the drone was extremely quiet and could not be heard from the ground.

Look, up in the sky! It's a bird, it's a plane, it's a robotic spy bird! https://t.co/5r8QyxWJ5Y #Dystopia #Boredom pic.twitter.com/sNavhdpcm9

The Dove program is part of a new initiative to try and replicate the engineering feats of Mother Nature both in order to maximize efficiency and also to avoid detection. These drones can reportedly evade radars, especially if fitted with real bird's feathers.

SMCP noted the similarities between the drone's weight, size, and vitality with that of real birds.

However, the drones still have their shortcomings. Song Bifeng, professor at Northwestern Polytechnical University in Xian, noted in an April interview with the Chinese academic journal Aeronautical Manufacturing Technology that the Dove still can't handle strong winds or long distances, can't fly in bad weather, and have no mechanism to prevent them from crashing into things. Their circuitry is also vulnerable to electromagnetic disruption — although the same is true of living, breathing birds.

Song's associate, Yang Wenqing, an associate professor at the university, told SMCP the scale of the drones' use "is still small," but that it has "good potential for large-scale use in the future."

Bird-like drones have long been a prize for designers. In China, a robotic bird about the size of an eagle, called "Tian Ying," was developed in 2012, SMCP noted.

The Drive reported in April 2017 that a crowd-sourced "Bionic Bird" could "fool birds into believing the drone is an avian." It was reportedly capable of 10 eight-minute flights and had a 300-foot range.

Or maybe simply flying a bird-like drone isn't enough to satisfy your avian fantasies and you want to *become* the bird yourself? the École Polytechnique Fédérale de Lausanne University in Switzerland has developed the FlyJacket, a system that lets you fly a drone with a virtual reality headset and exosuit, complete with wings, the Verge reported in April.