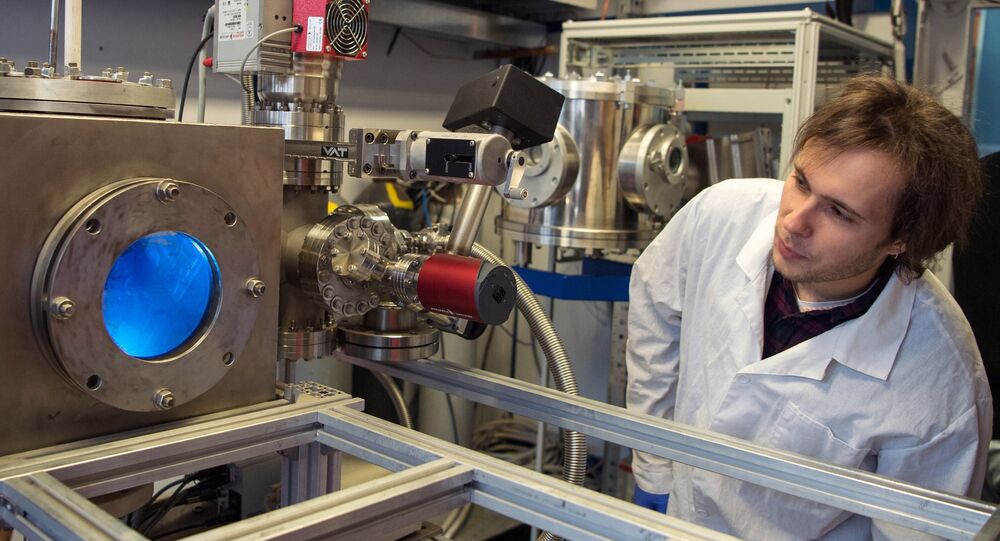 Scientists from the National Research Nuclear University MEPhI have studied the properties of fullerene nanotubes, also known as "carbon peas," during stretching. The article on the project, which will help develop sophisticated nano-electronics, has been published in Diamond and Related Materials.

Metals are known for their impressive electrical and thermal conductivity levels and their electrical resistance increases during heating. They also have a distinguishing luster.

These properties are determined by the presence of free electrons that can move under the influence of an electric field. Therefore materials with a complex composition and containing free electrons act as metals.

In the past 30 years, experts have synthesized many new carbon materials, including nanotubes filled with fullerenes. These tubes are called "carbon peas" because they resemble pea pods.

"It turns out that carbon peas can be used as semiconductors and as metals," Konstantin Katin, an assistant professor in the Condensed Matter Physics Department at the National Research Nuclear University MEPhI, explained. "Just stretch them by four percent to unlock their metallic properties. Their high resilience and tensile strength allow them to remain intact after stretching."

"Everything depends on the correlation between energy levels of electrons inside nanotubes and fullerenes," said Mikhail Maslov, an assistant professor in the Condensed Matter Physics Department at the National Research Nuclear University MEPhI. "Our nanotube initially acted as a semiconductor and had an energy gap. Although fullerene electrons lacked the energy to fill this gap, the application of mechanical tension changed the entire picture. Energy levels shifted, with carbon peas displaying their metallic properties."

© Photo : NUST MISiS
Russian Researchers Create Nanoelectrode to Assess Cellular Response to Chemo
Today, scientists have to use all kinds of materials, including metals and semiconductors, for making sophisticated nano-electronic devices. However, the National Research Nuclear University MEPhI's project proves that they can be replaced by only one compound, namely, pre-stressed carbon peas. This will make it possible to manufacture simple resonant-tunneling diodes, terahertz radiation generators, electronic switches, and sensors.
...
Reddit
Google+
Blogger
Pinterest
StumbleUpon
Telegram
WhatsApp
61