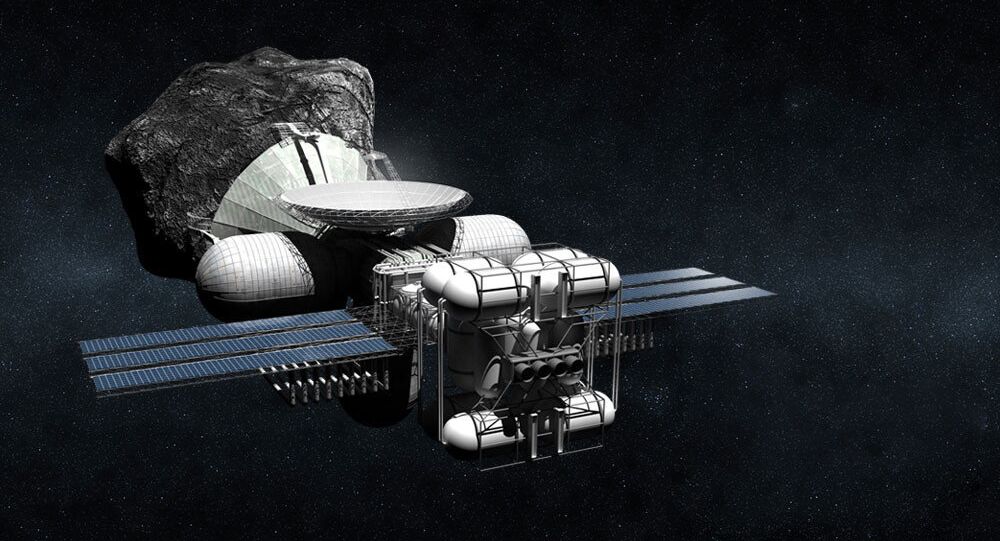 Despite the prospect of mining in space was envisioned already 10 years ago, none of the private companies have dared to attempt the revolutionary method.

While certain rare resources lie buried deep beneath areas of the Earth that are difficult to access, most of them lie attractively close to the surface in areas located beyond our planet — in space, or to be precise, inside asteroids. Still, neither private companies nor government agencies have made any attempts at mining them. The magazine Physics World has asked several prominent figures in the sphere to find out why.

It turns out that several private companies already exist with the goal to make a breakthrough in the mining industry, such as Planetary Resources or Deep Space Industries. All they lack is funding, or to be specific, their investors lack faith in such undertakings. The magazine's article points out that indeed, the costs of organizing a mining operation on an asteroid is higher than the cost of doing the same on Earth, but the potential result is also several times higher.

READ MORE: Asteroid That Orbits Sun Backward Not from Our Solar System

The article notes that there are many asteroids that are parts of former planets that were smashed into pieces when our Solar system was forming. Some of these pieces contain minerals and metals, normally buried deep underground on Earth.

On the other hand, the author of the article notes, such an abundance creates a problem in itself — if an asteroid full of rare metals could be safely brought to Earth (which is a huge task to pull off), the price on the metals would inevitably fall, leaving the company without its desired "cosmic" profits. The idea to leave it in orbit also raises questions about who would buy its treasures there.

The scientists asked by Physics World point out that future moon bases, such as the ones envisioned by Elon Musk, could become potential buyers not only in the metals market, but also of water, which can also be found in vast amounts on asteroids. The water can also be dissimilated to hydrogen and oxygen, which can then be turned into fuel for spaceships and rockets launched from Earth, potentially increasing their payload due to a decreased amount of fuel onboard.

Asteroid That Orbits Sun Backward Not from Our Solar System