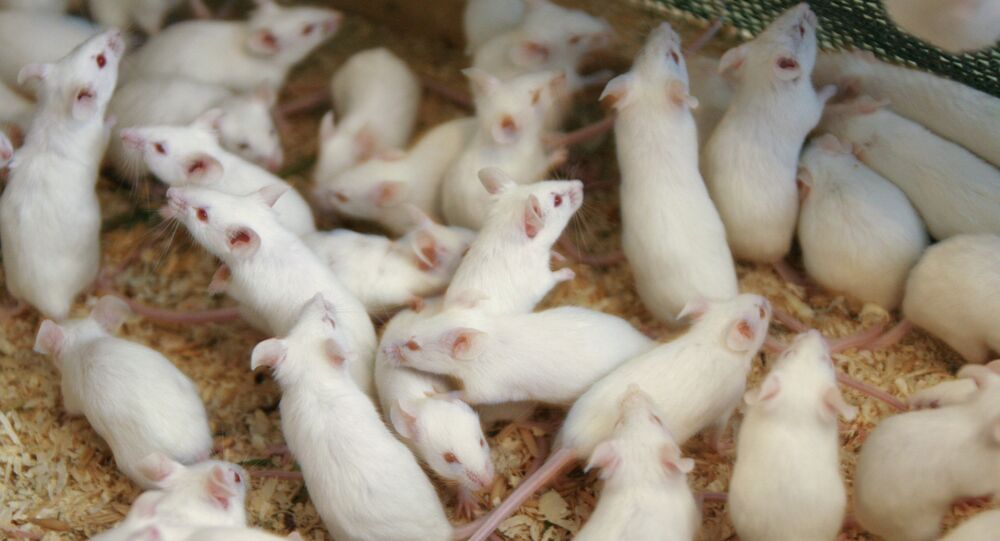 A group of researchers from the National University of Science and Technology MISIS (NUST MISIS) and the Pirogov Russian National Research Medical University have conducted preclinical studies of a new cancer drug based on magnetic nanoparticles.

Their tests have shown that the medicine increased the median survival rate of mice by 69.5%. The initial results of this project have been published in the international peer-reviewed journal Nanomedicine.

The new medication consists of two components: spherical magnetic nanoparticles placed in a cytostatic drug (cytostatic or chemotherapeutic agents, also called cytostatics, are substances that can cause death or inhibit growth and the division of a cell), and vector molecules, which accompany and direct nanoparticles to the cancer-affected organ.

© CC BY-SA 4.0 / Destroyer of furries / Cancer cell
Russian Doctors Create High-Tech Drug With Amazing Cancer-Killing Properties
The medication's molecules are an antibody to the vascular endothelial growth factor (VEGF), a signal protein produced by cells that stimulates the formation of the embryonic circulatory system. The molecules act according to a "key-lock" mechanism, meaning they attach themselves only to diseased cells.

The Russian scientists were among the first to suggest a new application for vector molecules, which were previously used as medication in their own right. Although the use of these antibodies as monotherapy has not proved very effective, the VEGF can well be used to direct medication to the affected organs.

"Our studies have shown that the proposed therapeutic regimen is effective. In vitro and in vivo experiments show that the lifespan of animals treated with the new drug increased by 69.5 percent, from 23 days to 39 days," said Maxim Abakumov, head of the NUST MISIS Biomedical Nanomaterials Laboratory. "Furthermore, the drug can be used to visualize tumor tissue during magnetic resonance imaging (MRI). This can potentially serve to facilitate the work of surgeons during operations by designating and marking the edges of the affected organ."

© Photo : NUST MISIS
Maxim Abakumov, head of the NUST MISIS Biomedical Nanomaterials Laboratory
© CC BY-SA 4.0 / Destroyer of furries / Cancer cell
Russian Scientists Discover Protein Which Causes Cancer Cells to Self-Destruct
The university's scientists have been experimenting with the medical properties of magnetic nanoparticles for four years to develop anti-tumor drugs. In addition to drug delivery, which is covered by this research, iron oxide particles are showing good results in hyperthermia therapy, when magnetic nanoparticles are delivered to and accumulate in the affected organ, following which they are exposed to an alternating electromagnetic field heating them to between 43 and 45 degrees Celsius. As their temperature increases, the particles also heat the surrounding cancer cells, killing them but leaving healthy cells unaffected because cancer cells are more heat sensitive.

The scientists are continuing to test and optimize the new medication, which will proceed to the next stage of preclinical tests in 2019.