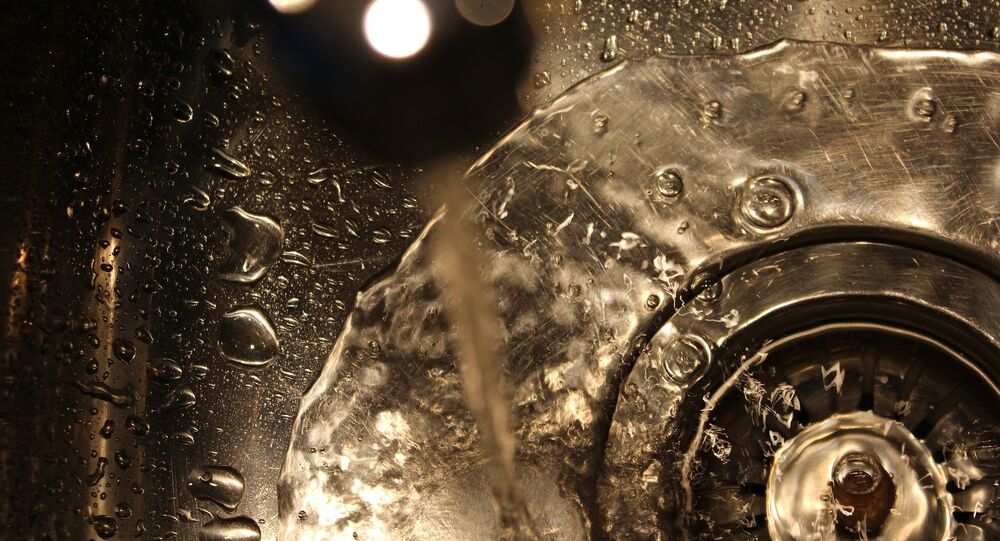 Karst caves are underground cavities formed as a result of water leakage that dissolves rock formations. The formations differ in their solubility. Readily soluble formations are limestone (calcium carbonate) and gypsum.

Karst water is of special interest to researchers. The chemical composition of karst water is unstable. Most of the springs flowing from karst carbonate rocks produce fresh water. In some regions of developed salt karst, highly mineralized waters and brines have been found.

© Photo : fontanka.ru
Russian Supermarkets Recall Water Bottles Capable of Starting Fires (VIDEO)
Professor at the School of Geology at the University of Tehran Mohammad Arianmanesh told Sputnik about the research on karst caves in Iran and the possibility of using underground karst waters in crisis situations.

According to him, Iran has exceptional geological conditions, as well as natural resources. One of these resources is karst water, which can be effectively used for drinking.

“Although in recent years much research and media have been bringing up the issue of crisis climate and water changes in Iran, this has just been a scientifically unconfirmed exaggeration. A study of Iran’s history shows that the country has always had fluctuations. This is not a disaster, but rather a natural and temporary phenomenon. The existence of deep and scattered ropes (underground tunnels – Sputnik’s note) in Iran points to the need for long-term usage of Iran’s underwater resources. Iranians have always been able to cope with these problems and adapt to natural occurrences. The existence of karst water sources, as well as deep waters, is geologically confirmed. Karst water sources are used in particular for drinking purposes”.

According to Arianmanesh, Iran has significant water reserves which are not appropriately used: “On the other hand, Iran underuses waste water and desalinators. This contains great valuable potential which challenges and refutes the theory of a water crisis in Iran. People who say this are probably seeking to weaken Iranian agriculture. The natural characteristics and geodynamic condition of Iran indicate the existence of valuable water sources on its territory, which could secure the country”.

The professor believes that it is necessary to maintain control over water usage if one wants to solve the problem of the rational use of water resources: “Undoubtedly, control over water usage should become a priority even in countries with significant precipitation. Iran has taken a number of measures to control water usage in different spheres. The usage of karst and deep waters in Iran is based on the geometry of the reservoirs and hydrodynamic properties can be managed in the long term. The renewability of each varies according to the region’s geology.”

© CC BY 2.0 / Chairman of the Joint Chiefs of Staff / Tigris River
Mideast Water Crisis: 'Turkey, Iraq Swapping Water for Oil a Realistic Scenario'
According to the professor, karst waters can become a good water source in Iran: “There is no doubt that these resources are one of the potentials that could be properly used. These resources are natural and it is expected that they could provide significant portion of the country’s water supply. Over 11% of the country’s territory consists of carbonate rocks that have cavities and holes which have appeared due to dissolution over geological time. They could become proper reservoirs for saving water resources.”