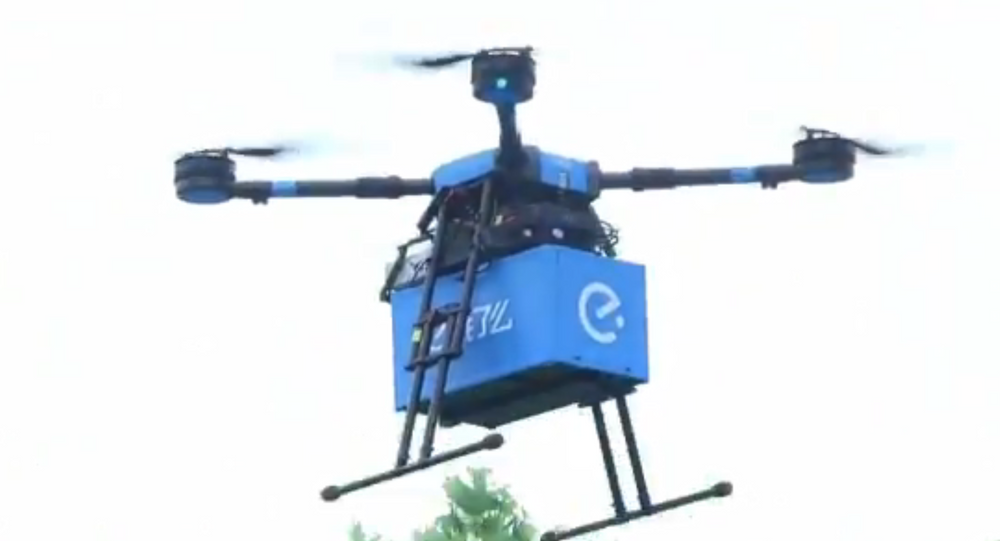 On Tuesday, Shanghai-based food-ordering company ele.me announced that it had been granted a license to deliver food using drones, a first in the country.

So far, authorities have approved 17 drone-powered delivery routes over an industrial zone in Shanghai. Consumers will be able to order meals from 100 merchants via their smartphones. Restaurant staff will be responsible for placing the orders inside the drones at specific launch locations. When the drones reach designated delivery points, employees at those locations will be responsible for delivering the orders to customers.

Although human power will still be needed, delivering meals using drones is expected to decrease operating costs significantly. The drones will be used to deliver about 70 percent of all restaurant orders in about 20 minutes — 10 minutes fewer than the usual 30 minute-delivery time. Delivery personnel will also have to drive only 15 percent of their original routes.

​During a global unmanned systems conference in China last year, the company announced that their E7 drone model can reportedly carry up to six kilos of food and fly at a maximum speed of 65 kilometers per hour. It can also travel up to 20 kilometers when fully loaded.

"The launch of drone delivery shows that the future of logistics has become a reality, and it also shows that logistics is shifting from a labor-intensive sector to one that is technology-powered," Kang Jia, the company's chief operating officer, said in statement Tuesday.