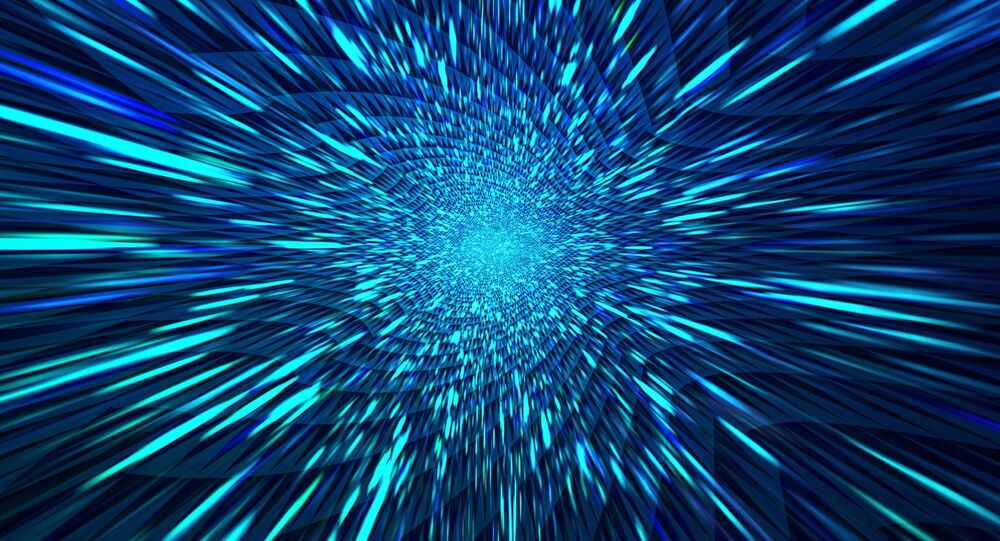 Based at the National Research Nuclear University MEPhI, a research team led by Prof. Yuri Rakovich has developed a tunable micro-resonator for hybrid energy states between light and matter using light to control the chemical and biological properties of molecules.

An article on research results has been published by Review of Scientific Instruments in the Editor's Pick column.

The micro-resonator is a two-mirror trap for the light, with the mirrors facing each other within several hundred nanometers. A light quantum caught in the trap would form a localized state of an electromagnetic wave. By modifying the resonator's form and size, operators can control the spatial distribution of the wave, as well as the duration of the photon's life in the resonator.

The new invention makes it possible to control chemical and biological properties of molecules with the help of light. The practical importance of this research is largely due to the uniqueness of the resultant construction. The micro-resonator can serve as the basis for new-generation instruments that can be used in biological and chemical sensing as well as to control the speed of chemical reactions and energy transfer efficacy.

The high marks given to the instrument are explained by its novelty, effectiveness, universality, and uniqueness as a research tool, the team told RIA Novosti.

Between the Light and Matter

The resonance interaction between quantum emitters and a localized electromagnetic field is of interest primarily because it provides an opportunity to control the properties of light-matter hybrid states. The light and matter in these systems form an intermediate state with changed properties which are controllable with the help of optical emission (light). One of the ways to induce these states is to place emitting or absorbing molecules in a resonator.

According to the scientists, their tunable micro-resonator will substantially simplify and extend relevant research by making it possible to analyze light-matter interactions in both strong and weak communication modes for samples of practically any matter in the UV-IR spectrum.

The instrument is a Fabry-Perot micro-resonator (λ2) consisting of mirrors, one flat and one convex, that secure plane-parallelism at least in one point on the surface of the latter, thus minimizing the mode volume. This is a light trap of two mirrors placed in front of each other within less than a light wave length, Prof. Yuri Rakovich, a leading researcher at the MEPhI Laboratory of Hybrid Photon Nano-Materials, told RIA Novosti.

As a light quantum falls into the trap or is emitted by a light source inside the resonator, it starts darting and is repeatedly reflected by the mirrors, which links photons with the microresonator's own energy states.

We can control the properties of light and effectiveness of the trap by modifying the form and size of the resonator, he said.

From a Prototype to Industrial Production

© CC0
Physicists Create Nanostructures That Enhance Performance of Electronic Devices
The micro-resonator is easy to use and its design is simple enough to launch its industrial production. It can be used not only in instruments intended to control the speed of chemical reactions but also as a basis for developing highly effective light sources and new lasers with a low control generation threshold.

The instrument's use will provide new opportunities for studying the effects of strong and weak connections on combinational scattering, the speed of chemical reactions, electric conductivity, laser generation, non-radiative energy transfer, and other physical, chemical and biological functions. This will also mean an important step forward in developing various practical applications of the light-matter connection effect, primarily in order to modify physical, chemical and biological processes, laboratory researcher Dmitry Dovzhenko told RIA Novosti.

The National Research Nuclear University MEPhI participates in a federal program designed to boost the competitiveness of Russian universities (Project 5-100). Its aim is to increase the research potential of Russian universities, promote high-profile research, integrate education, business and innovations, and establish productive cooperation between university science and industrial partners.