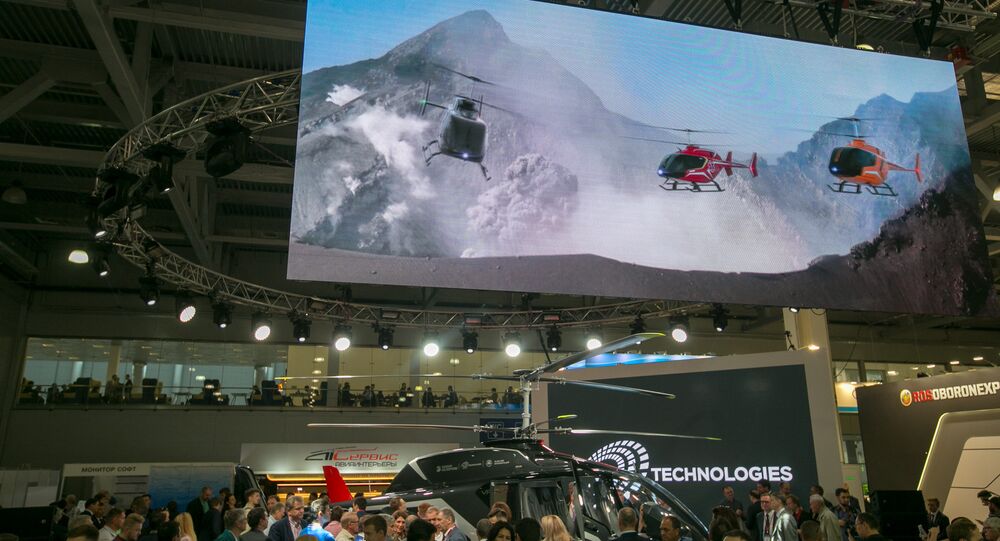 CEO of the state-owned Russian Helicopters holding Andrey Boginsky has arrived in St. Petersburg to take part in this year’s International Economic Forum. In an exclusive interview on the sidelines of the event, Boginsky shared with Sputnik the company’s plans to sell its latest model – the VRT500.

It's lightweight, modern-looking, and can be used in a variety of applications. The VRT-500 was just presented in Moscow at the first international helicopter exhibition. It was designed by an international team of engineers working for Russian Helicopters — a subsidiary of state-owned giant Rostec.

Russian Helicopters' CEO Andrey Boginsky talked to Sputnik about the machine, and the company's ambitious plans to enter a totally new market segment with the single-engine helicopter.

"We see huge market possibilities in this niche." — Boginsky said. — "It's our new product. We estimate that during the 2022-2023 time frame we will launch initial delivery to our customers. "

According to Boginsky, the new model by Russian Helicopters is aimed at the domestic market, but sales in Asia and South America are also planned.

Russian Helicopters designs and manufactures a wide range of civilian and military helicopters, including well-known brands such as Mil and Kamov. Besides the VRT500, among the company's recent models is the multi-purpose Ansat helicopter.