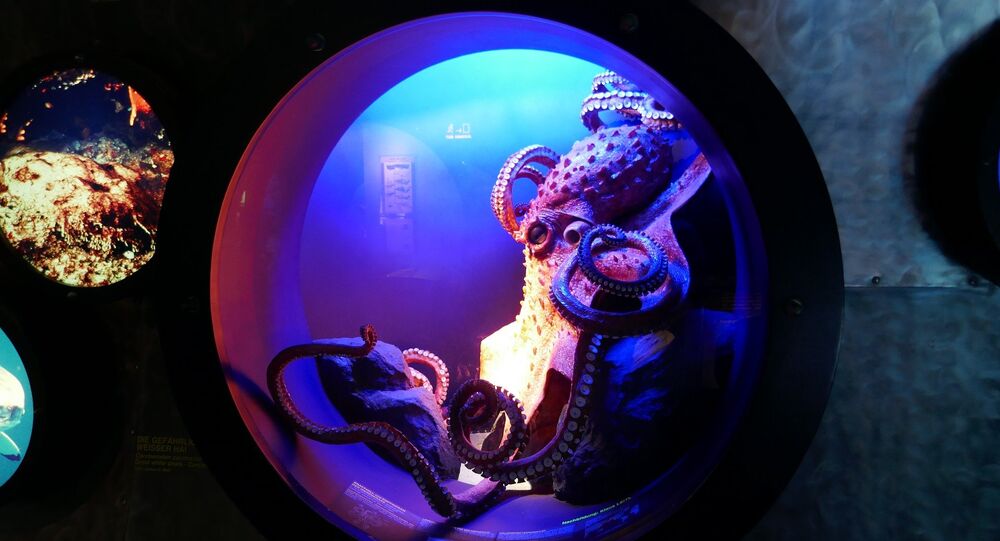 The authors of the theory admitted that their paper seems controversial, but still considered it to be worth sharing. Despite the fact that many scientists are skeptical towards theories positing extraterrestrial origins of life, they admit that the latest paper on octopuses raises important questions.

The collective, consisting of 33 scientists from around the world, has published a paper in the journal Progress in Biophysics and Molecular Biology that discusses the possible origins of octopuses. The paper points out that the existing theory that they evolved from a nautiloid that inhabited the Earth about 500 million years ago doesn't hold water, as the genetic differences and characteristics between the two are too vast and couldn't have happened over that period of time.

The scientists note that octopuses possess a sophisticated nervous system, shapeshifting bodies and an ability to mask themselves with their surroundings — traits that the nautiloid never had. Additionally, it has recently been discovered that despite their rather stable DNA, octopuses can manipulate their own RNA to adapt to almost any environment. According to the scientists, all these features "seem to be borrowed from a far distant ‘future' in terms of terrestrial evolution."

Instead of sticking to the old evolutionary theory, the scientists have suggested that "cryopreserved and matrix protected fertilized octopus eggs" might have been brought to Earth via a comet or other extraterrestrial object, noting that such objects often contain traces of organic matter.

The authors of the research admit that their research contradicts the "prevailing dominant paradigm," but note that their theory doesn't necessary exclude evolution. They are confident that while certain species might have invaded Earth from space, others formed and developed on Earth itself.

Virologist Karin Moelling of the Max Planck Institute Molecular Genetics in Berlin called the research in a comment beneath the online publication of the article "useful," but noted that the idea of life-forms coming from space "cannot be taken seriously." Another scientist, Keith Baverstock from the University of Eastern Finland noted in his comment that the theory of an extraterrestrial origin of life isn't the only plausible explanation to the inconsistencies the authors of the paper pointed out.