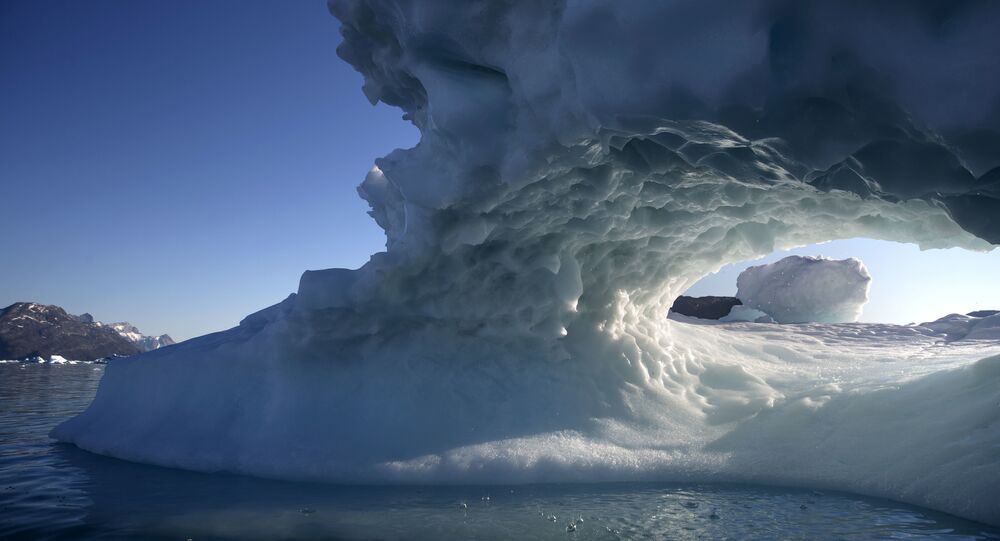 Atmospheric pollution is an expedient tool for researching history, as it’s helping to shed some light on ancient Rome and Greece. By studying the ice core of the Arctic an international team may be able track the rise and decline of these civilizations. Greed for money is to thank for the revelations.

An international multi-discipline research group has analyzed lead, captured in Greenland’s ice sheets and found out that its quantity correlates to the development of Greek and Roman civilizations.

The emissions from mining and smelting lead used to produce silver for currency as well as Roman water pipes, were captured in ice cores between 1100 BC, which coincides with the late Iron Age, to AD 800, when the early Middle Ages began. Lead particles with dust from Europe supposedly drifted over 4,600 km (2,858 mi) to the Arctic.

For closer and more complete insight, the team studied over 21,000 chemical measurements from the ice cores, then looked into links between pollution rates and major events of the Roman and Greek civilizations, their overall economic activity. According to the study’s findings, lead emissions rose and fell during political instability and wars.  A dramatic decrease in lead was found in ice cores that dated back to the time of the plague in Rome.

This differs from the results of earlier studies, which are reported to be based on fewer measurements. The study has dissolved a theory that the sparse Greenland lead proved that the Roman Republic had better economic performance than the Roman Empire.

Lead, contaminating air, water, food, can cause poisoning with a wide range of symptoms. It can result   in abdominal pain, constipation, headaches, irritability, memory problems, inability to have children, intellectual disability and behavioral problems and even lead to coma and death.