During the early, chaotic, days of our solar system, space objects were flung from the inner solar system to far-off distant orbits, astronomers say.

A carbon-rich asteroid spotted in the icy region beyond Neptune called the Kuiper Belt is the first such asteroid ever found, exiled from the inner solar system, Space.com wrote.

According to astronomers at the European Southern Observatory (ESO), the asteroid, known as 2004 EW95, was hurled into the Kuiper Belt shortly after it formed in the asteroid belt located between Jupiter and Mars. 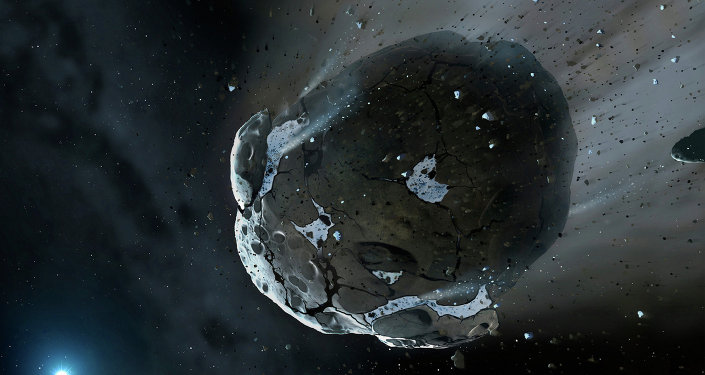 This is the first C-type asteroid which has ever been observed as far as the Kuiper Belt and some of the best evidence for possible early solar system activity obtained so far.

The “exiled” asteroid was first noticed by Wesley Fraser, an astronomer at Queen's University Belfast in the UK, during routine observations with the Hubble Space Telescope, due to the asteroid’s distinctive reflectance spectrum.

“The discovery of a carbonaceous asteroid in the Kuiper Belt is a key verification of one of the fundamental predictions of dynamical models of the early Solar System," ESO astronomer Olivier Hainaut said.

“This finding is a critical step towards better understanding our early solar system,” he added.