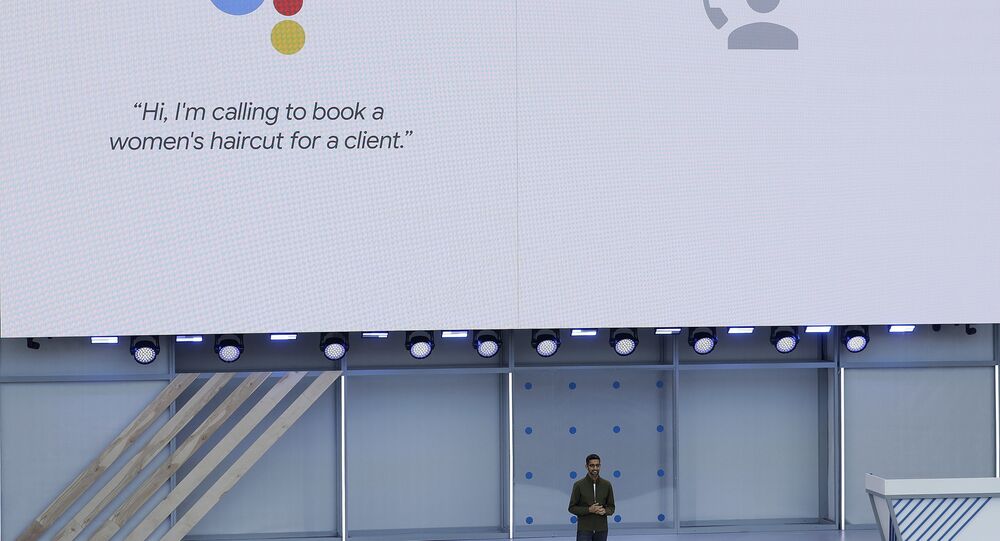 On Tuesday, Google CEO Sundar Pichai revealed a new advancement in artificial intelligence technology: a voice assistant that sounds just like you and me.

At the annual Google I/O conference for developers taking place this week, Pichai introduced Google Duplex, an artificial intelligence technology that can make phone calls on your behalf with human-like cadence.

​According to Google, Duplex is a "new technology for conducting natural conversations to carry our ‘real world' tasks over the phone." The technology uses a machine learning model based on anonymized real-world phone conversations.

Pichai showed off Duplex's skill by having the "assistant" make reservations with a hair salon and a restaurant in two recorded phone calls. In both cases, the receivers of the call did not seem to know that they were talking to an artificial intelligence voice as the Google assistant inserted natural-sounding "ums" and "uhs" between sentences and was quick to understand context.

In the phone call with the restaurant, the assistant was able to respond to questions posed in a thick accent. In addition, when the employee at the restaurant thought a request for a reservation at 7:00 p.m. was actually for seven people, Duplex was still able to follow through with the conversation as a human would.

"Where mobile was once the platform for Google's development and growth, artificial intelligence is now the basis that underpins the full spectrum of Google's endeavors," said CCS Insights analyst Geoff Blaber, who attended the conference. "Google is weaving its assistant deeper into services such as maps and making it more immersive through visuals," he added.

However, not all conference attendees were equally impressed.

"At the end of the day, [the calls were] just booking an appointment at a restaurant. These are fairly easy interactions," said Creative Strategies' consumer technology analyst Carolina Milanesi, Mercury News reported.

Google plans on continuing to test Duplex over the summer. Its testing will primarily focus on making restaurant reservations, booking hair salon appointments and asking about holiday hours. It is unclear whether Duplex will be limited to such tasks when it is launched in the future.