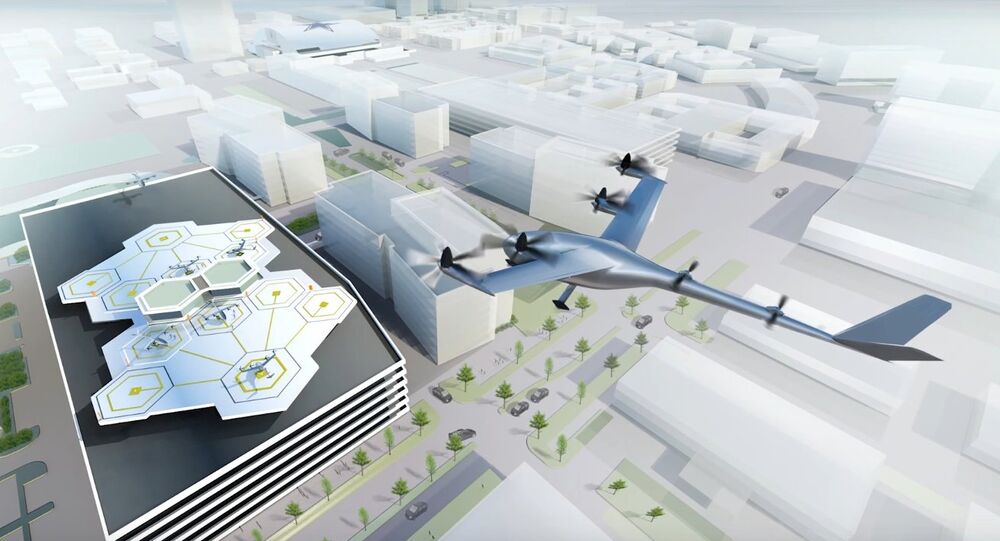 The mobile service giant has expanded its cooperation with NASA and partnered with the US Army to develop and test “taxi aircrafts,” which it plans present by 2020. In the meantime, the company has teased the public, visualizing how it would feel to ride in Uber’s version of Korben Dallas.

World mobile taxi driving service Uber signed a second agreement with NASA in its effort to take its air taxi service project off the ground during the Uber Elevate Summit in Los Angeles. The first flights are planned there and in Dallas, according to the Verge.

Uber earlier claimed that the first working model of an autonomous passenger carrying aircraft would be presented in Dubai as early as 2020 during Dubai’s World Expo.

The taxis, looking posh inside, are expected to be fully electric, and they would be able to fly 400 meters above the earth.

The US Army is also cooperating, co-funding the development of rotor technology research. Under the agreement, signed today, Uber and the US military are to carry out a $1 million research project in an army lab.

A number of companies from different countries are competing in developing flying cars, which are to tackle busy traffic and ax travel time. Just this year aircraft manufacturer AirBus shared its drone flying taxi Alpha One, which could elevate up to 5 meters. It hopes to launch a commercial aircraft in 2020. Meanwhile the German company Daimler has invested 25 million euro ($30 million) into startup Volocopter, which is developing electric air taxis.