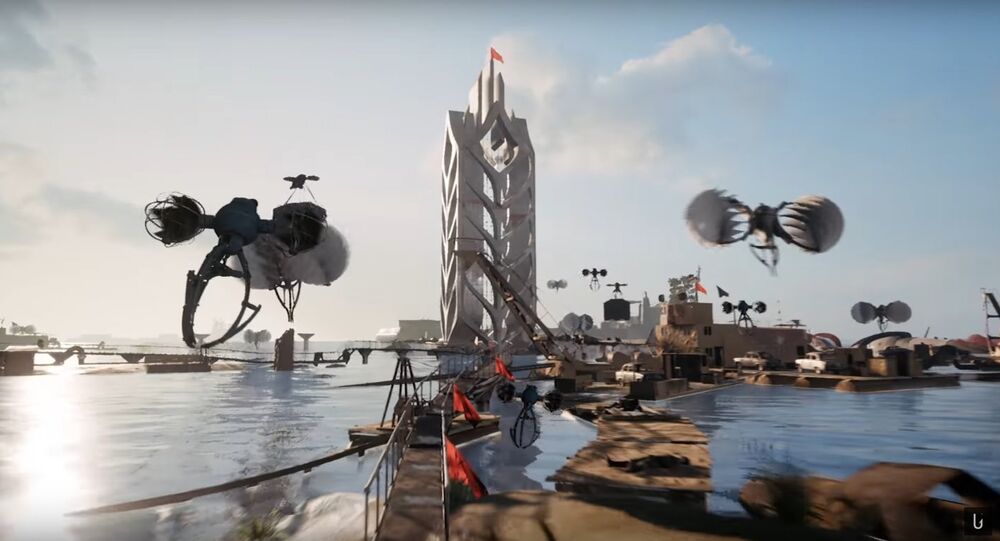 The first-person shooter being developed by Moscow-based design studio Mundfish is set in an alternative history Soviet Union, and has gamers buzzing not only about the game's graphics and gameplay, but its intriguing plot.

Expected to be released sometime this year for PC and the PS4, Atomic Heart has already been described as a "Soviet-Russian version of Bioshock."

According to developers, their game is "an adventure first-person shooter," the "events of which unfold in an alternate universe during the high noon of the Soviet Union." The player plays as special agent P-3, "who after an unsuccessful landing on enterprise '3826' is trying to figure out what went wrong."

Developers promise "a pitch of insanity, action-packed gameplay and a thrilling story," and taunt players to "unfold the secrets, restore peace and order, and show the Motherland what you've got!"

Glitch in the Matrix? Close Encounter With a Trio of 'Clones'