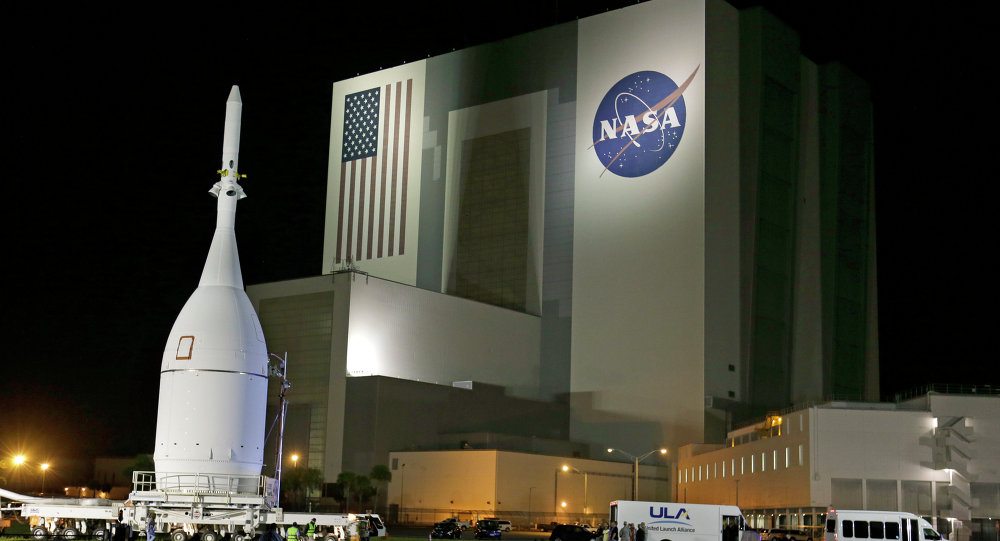 MOSCOW (Sputnik) - The first flight of a Russian cosmonaut to the moon could take place aboard of the US Orion spacecraft in 2024, a space industry source told Sputnik on Friday.

"Within the framework of talks, draft plans of future manned missions to the lunar stations have been made. Among other issues, the possibility to send one Russian cosmonaut as part of the crew of the Orion spacecraft that will drag the Russian airlock module to the moon is on the agenda. The Russian cosmonaut will have to ensure the integration of the module with the station," the source said.

© CC0
Indian Students Get Surprise Call From Russian Cosmonauts in Int'l Space Station (VIDEO)
A source in Russia’s Rocket and Space Corporation Energia (RSC Energia) that would produce the module confirmed this information to Sputnik, saying that four manned missions were expected to be sent to the station and the Russian cosmonaut should accompany the Russian-made module during its transportation to the Earth satellite.

The source said that the talks on a potential flight of the second Russian cosmonaut to the station were on initial stage, however, the source did not comment on the potential date of such a flight.

READ MORE: Cosmonautics Demonstrates How US, Russia Should Work Together — Roscosmos

In September, Moscow and Washington signed an agreement on the creation of a new space station dubbed Deep Space Gateway on the orbit of the moon, later its name was changed to the Lunar Orbital Platform — Gateway.

According to preliminary accords, Russia could build a segment that would serve as an exit for astronauts going on spacewalks. In April, Houston hosted a meeting of an international group that discussed the details of the project.