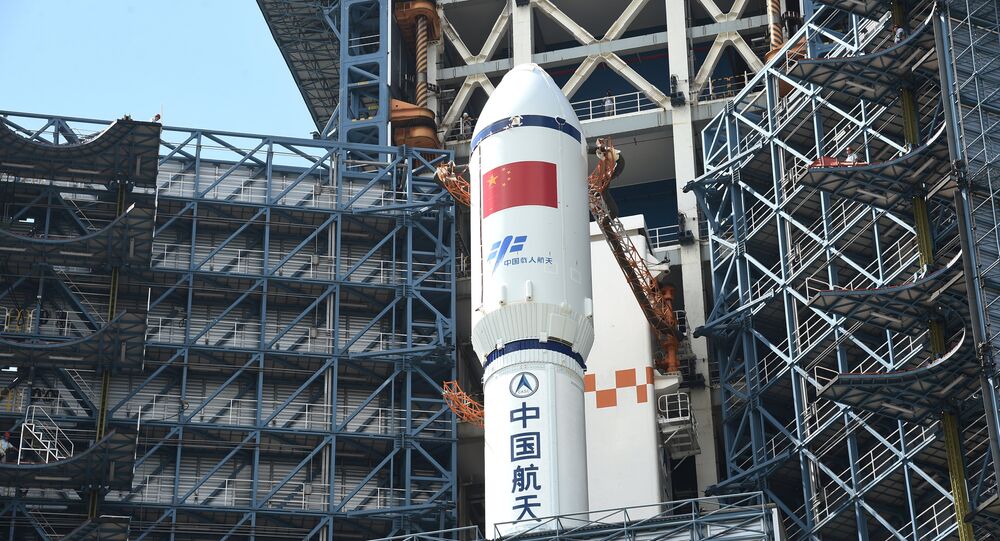 China is developing its first space rocket with a reusable first stage that could see its trial launch as early as 2020, SpaceNews reported, citing a senior Chinese rocket designer.

Long Lehao of the China Academy of Launch Vehicle Technology (CALT), revealed the new plans for the Long March 8 medium-lift launcher during a space industry conference in Harbin on April 24.

According to Long Lehao, the Long March 8 will allow China to place up to 4.5-ton payloads to a 700-kilometer (434 miles) Sun-synchronous orbit.

The second stage features elements of the liquid hydrogen-liquid oxygen second stage of the Long March 3A rocket.

The YF-100 kerosene-liquid oxygen rocket engines, which power the Long March 7 first stage, will be installed on the new Long March 8, taking a cue from the Soviet-designed RD-120 engines.

The central stage will be reusable following a powered descent, while the side will use parachutes, just like the US space shuttle’s solid rocket boosters.

In 2017, China announced plans to make the first stage of the Long March 6 rocket reusable by 2020.

READ MORE: China May Have Sole Space Station After 2024 — Expert

Later that year, the China Aerospace Science and Technology Corporation (CASC), the main contractor for China’s space program, published a space transportation roadmap, which stated a goal of full reusability for all of its launch vehicles by 2035.