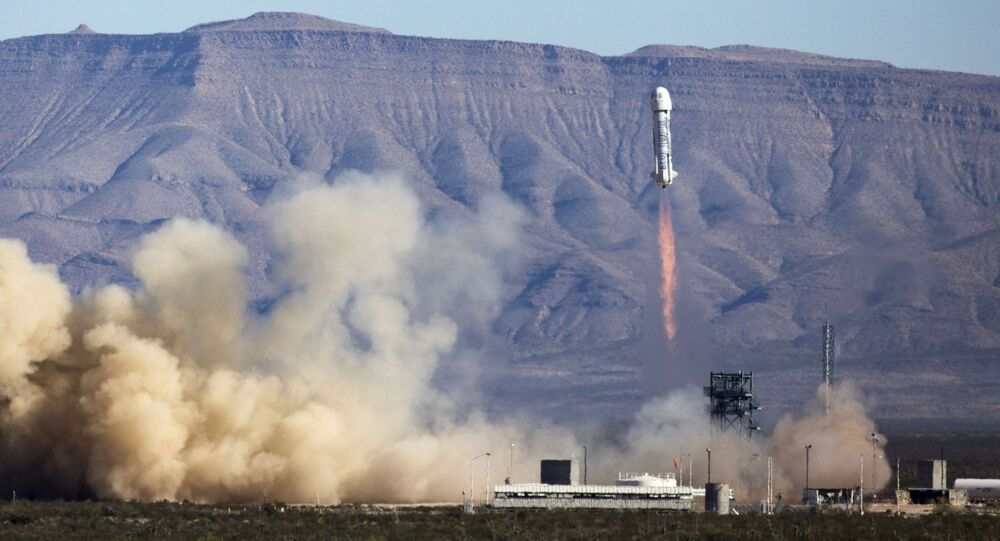 The eighth test launch of a rocket manufactured by US private space company Blue Origin has proved successful, as both the booster and capsule have landed safely on a site in Texas.

Blue Origin has launched its third New Shepard rocket despite postponing it twice earlier in the day.
Blue Origin announced that the rocket would once again have aboard a crash dummy, namely Mannequin Skywalker, which is tasked with gathering data and conducting research.
The payload was earlier reported to include a sensor suite, namely the Schmitt Space Communicator, to analyze the pressure noise, and environmental data in the capsule, while providing WiFi to commercial space travelers, as well as facilitate a slew of scientific experiments.

Launch preparations are underway for New Shepard’s 8th test flight, as we continue our progress toward human spaceflight. Currently targeting Sunday 4/29 with launch window opening up at 830am CDT. Livestream info to come. @BlueOrigin #GradatimFerociter pic.twitter.com/zAYpAGWB8C

In an ambitious project, the New Shepherd rocket is designed to eventually bring passengers into space, taking them on an 11-minute flight in a capsule that will land back on Earth with the help of parachutes. The booster, which was used in previous test flights, descends with a powered landing.
...
Reddit
Google+
Blogger
Pinterest
StumbleUpon
Telegram
WhatsApp
412
Tags:
United States
Community standardsDiscussion