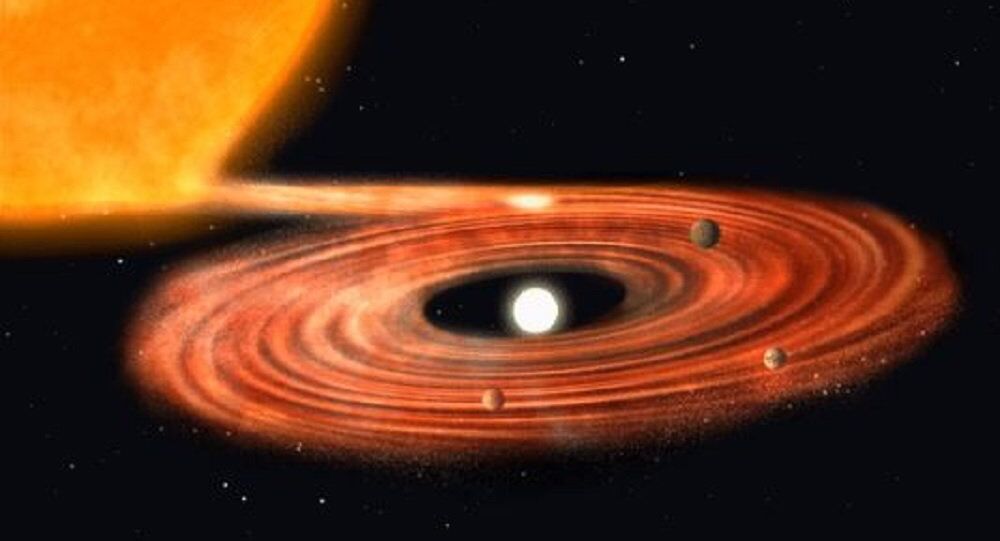 Studying the diamonds found inside the Almahata Sitta meteorite, an international team of astronomers from Switzerland, France and Germany has found that the meteorite was a part of a destroyed protoplanet the size of Mercury or Mars, which once existed in our solar system.

The Almahata Sitta meteorite is part of the bigger, 2008 TV3 asteroid, which slammed into the Nubian Desert in northeastern Sudan in 2008.

According to a study published in Tuesday’s issue of the journal Nature Communications, the researchers studied a section of the Almahata Sitta ureilite using transmission electron microscopy, where large diamonds were formed at high pressure inside the parent body.

© Photo : Youtube / NASA Goddard
Mysterious Killer of Planets Spotted in Outer Space (VIDEO)
They discovered chromite, phosphate, and (Fe,Ni)-sulfide inclusions embedded in diamonds and  determined that their composition and morphology can only be explained if the formation pressure was higher than 20 GPa.

This means that the diamonds formed deep inside a large heavenly body, a planetesimal, not as a result of a collision with Earth.

Planetesimal is a class of bodies that are theorized to have coalesced to form Earth and the other planets after condensing from concentrations of diffuse matter early in the history of the solar system.

If it were smaller than Mercury, then the diamonds would have formed closer to its core.

If, however, it was bigger, closer in size to Mars, the crystals would have formed somewhere between the core and the mantle.

The scientists believe that the results of their research lend credence to the theory that once there was a planet in our solar system that eventually broke up.