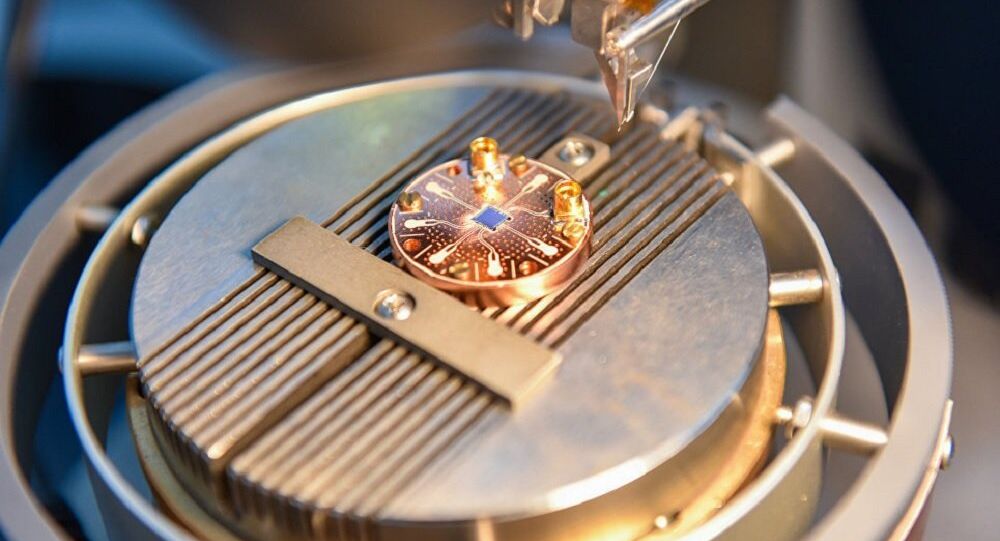 Scientists from the National University of Science and Technology MISiS (NUST MISiS) and the Russian Quantum Center have recently created a new qubit based on using a solid superconducting nanowire, rather than the traditional Josephson junctions, which are usually obtained by introducing a barrier between two superconductors.

Despite the fact that universal quantum computers have not been created yet, the principle of calculation which it can be based on allows researchers to solve highly complex problems. For example, some laboratories are using qubits for modeling chemical compounds and materials and recreating the mechanisms of the photosynthesis process. This is why it is so important to perfect the key elements of quantum computers, such as the main computational cells — qubits, as soon as possible.

There are several approaches to creating qubits. For example, researchers created qubits operating in an optical range. But they are much harder to scale up — unlike superconducting cubits, which operate in the radio-frequency spectrum and are based on so-called Josephson junctions. These junctions are formed by introducing a barrier between two superconductors — a section of dielectric, which serves as a tunnel for the flowing electrons.

© CC0
Russian Scientists Create 3D Printer So Precise It's Able to Print Human Organs
The new qubit is based on the effect of coherent quantum phase slips — controlled recurring interruption and restoration of superconductivity in a superfine (about 4 nanometers thick) nanowire, which normally has a high level of resistance. This project's leading researcher Oleg Astafiev (head of the Artificial Quantum System Lab at the Moscow Institute of Physics and Technology and professor at the University of London and the National Physical Laboratory in Teddington) was the first to observe this predicted effect in the course of an experiment. This pioneer work of his was published in the Nature journal in 2012.

Alexei Ustinov, one of the co-authors of the new research (head of the Russian Quantum Center research team, head of the Superconducting Metamaterials laboratory at NUST MISiS and a professor in the Karlsruhe Institute of Technology) explained that scientists also managed to create a new type of superconducting device, very similar to SQUID (the Superconducting Quantum Interference Device).

Basically, SQUID is an ultrasensitive magnetometer used for measuring weak magnetic fields, which is based on Josephson junctions. But instead of using a magnetic field, researchers created an interference by introducing an electric field that alternates between the electric charges on the section between two nanowires. In the device, these wires serve as Josephson junctions, except that they do not require creating barriers and can be manufactured from one layer of superconductor material.

© CC0
Writing on the Wall: 'God Particle' May Destroy the Universe – Scientists
During this research, scientists managed to prove that this system can function as a charge interferometer, Ustinov said. "If we divide the wire into two sections and create a thickening in the center, by alternating between the charges on this thickening we can achieve periodic modulation of the process of tunneling the magnetic quanta through the wire, something that was observed during the research," the scientist explained.

This is a crucial moment that proves that we have managed to obtain a controlled and coherent effect, which can be used for creating a new generation qubit.

SQUID technologies are already being implemented in the production of a range of medical scanning devices, such as magnetocardiographs and magnetoencephalographs, as well as nuclear magnetic resonance detection devices. They also found an application in geophysical and paleogeologic surveying.

Scientists still have to address the range of fundamental problems related to studying the principles of new qubit applications, Professor Ustinov states. But it is clear already that they will study new qubits with similar or maybe even greater functionality. It is also important to mention that the new qubits are much easier to produce. Perhaps, the discovered principle will be used as a basis for production of a range of elements for superconducting electronics.