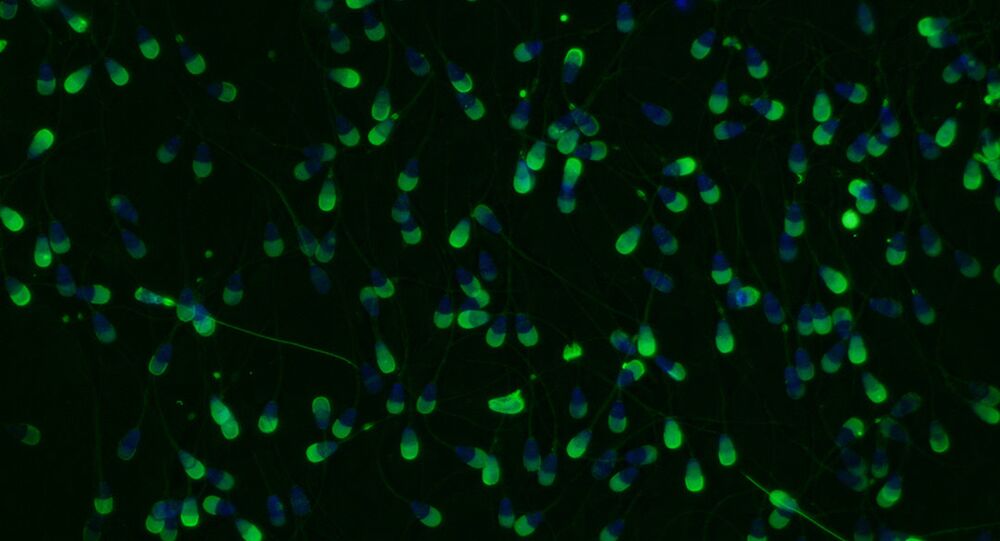 The US space agency is to find out with a series of experiments if making space babies is possible, which would be of crucial importance when the time to colonize planets comes. Elon Musk assists with his Space X rocket.

The International Space Station crew and researchers on Earth will help to determine how sperm behaves in microgravity to shed light on the ability to make babies in space. According to NASA, a set of experiments for the Micro-11 project is to fill the existing gap, as it’s still unclear how long spaceflights influence human reproductive health, particularly sperm quality.

The project would hopefully shed light on the viability of conceiving babies in low gravity conditions. The research team claims that the inability to make space babies would endanger humankind in the likelihood that we have to leave our planet one day.

READ MORE: Plan B: Elon Musk Suggests Own Way to Save Humanity in Case of World War III

"As we plan to travel beyond the space station with thoughts of colonization on the moon and Mars and other heavenly bodies, the question of whether or not multi-generational survival can occur — not only in animals but in humans — is a very fundamental question that needs to be addressed," said Joseph Tash, a researcher at the University of Kansas Medical Center who is to check the sperm on Earth, cited by USA Today.

The lack of gravity challenges the ability to fuse an egg, although sperm can move more freely in weightlessness. “Delays or problems at this stage could prevent fertilization from happening in space,” according to NASA’s website.

© NASA .
Sperm samples for the Micro-11 experiment arrived at NASA's Kennedy Space Center, in Florida, where the researchers prepared them for launch to the International Space Station

Until now mammals have had little success in space reproduction unlike frogs, snails and salamanders.

In 2017, NASA sent mouse sperm into outer space; the frozen samples survived a nine-month- long trip to the ISS; with its help, healthy mice were born after their return to Earth.

For the recent investigation, frozen samples of human sperm together with bull semen have been launched to the ISS aboard a Falcon 9 rocket, belonging to Elon Musk’s Space X.

The astronaut crew will thaw them, activate the sperm with special chemicals to make it move and hopefully to be able to fuse it with an egg.

When the experiments are over, the sperm will be mixed with preservatives and send back to Earth for analyses to see if the space sperm differs from earthy fluids and whether it can enter an egg and fertilize it. The bull sperm has been sent for "quality control" – as the cells resemble human semen.

NASA didn’t request the six full-grown men who are on the ISS to contribute in any way beyond carrying out the experiments, as “it’s understandable why the space agency didn’t go that route, if for no other reason than the limits of what can be reasonably demanded in even an outer space workplace,” according to Live Science.